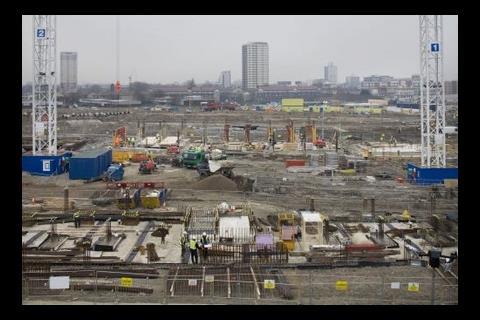 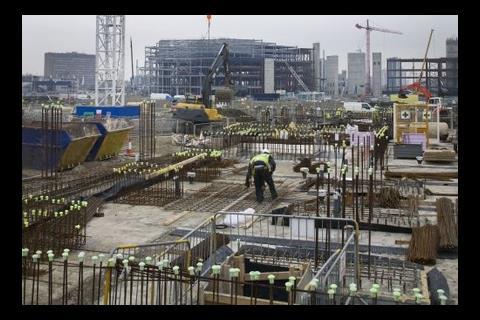 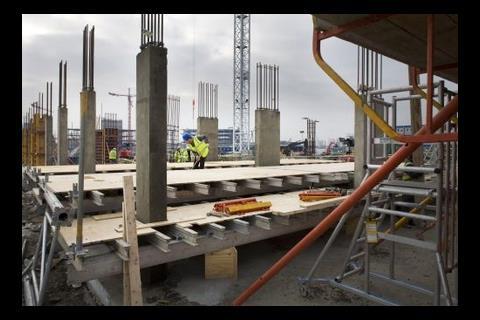 Images show the progress being made on the construction of the Olympic Village with the foundations of several buildings complete and structural work now underway on the ground-floor level of the first residential buildings. 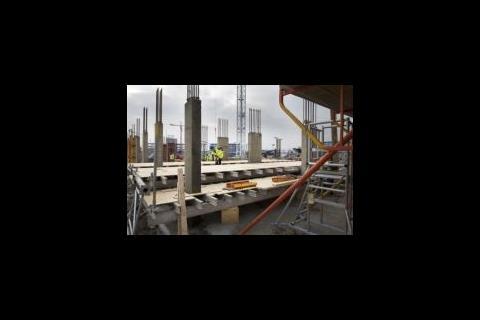 Images show the significant progress being made on the construction of the Olympic Village with the foundations of several buildings complete and structural work now underway on the ground-floor level of the first residential buildings.

New pictures of progress and plans for the 2,700-home Olympic Village have been released by the Olympic Delivery Authority, despite the fact funding for the scheme has still not been finalised.

The ODA said the photos proved work on the village was well underway, and that progress was accelerating, despite the failure of development partner Lend Lease to secure development finance.

The current work is being funded by £95m from the government’s Olympic contingency fund, and Olympic bosses concede it is still not clear how much of the £1bn scheme will have to be tax-payer funded. Last year Building revealed that housing association Southern Housing Group had been brought in to act as developer of the affordable element of the scheme in order to share the fundraising burden.

The ODA said significant progress was being made with the foundations of several buildings complete and structural work now underway on the ground-floor level of the first residential buildings.

Construction work on the Olympic Village started in May last year and the project has more than 570 workers on site. The Village will comprise 11 residential blocks, each made up of approximately 5-7 buildings.

Piling works are now complete to form foundations on 28 buildings – four of the blocks of the Village – meaning over 2000 concrete piles installed more than 20 metres deep. Seven electricity pylons have been removed across the Village site, and work has started on the ‘super-structure’ of the Village, with the first above-ground vertical columns in place. Infrastructure works are also underway with two railway bridges lifted into place and nearly a quarter of a mile of railway line covered in a concrete tunnel allowing access across the Village site.

ODA Chief Executive David Higgins said the Olympic Village would be one of the strongest legacies from the Games. He added: “Our discussions on the funding of the Village are continuing and in the meantime the acceleration of activity on site will help maintain the momentum of this huge project.”

Lend Lease Europe Chief Executive Daniel Labbad said: “We remain committed to delivering a world class development of high architectural and design integrity, both as a home for athletes in 2012 and as an iconic sustainable community beyond.”