Workers in East Midlands picking up more than £1,000 a week

Labour costs in the East Midlands have hit an all-time weekly high with self-employed workers there now earning more than £1,000 per week.

New payroll data from Hudson Contract show average weekly earnings for the trades in the UK rose to £904 during July, handing them an extra £124 over the month. Overall, the cost of skilled labour on site increased by 3.6% last month. 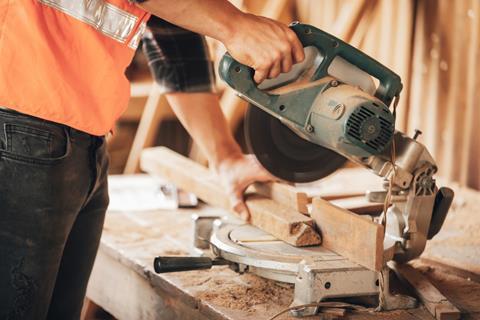 Joiners are now earning a weekly average of just over £1,000

Pay rates in the East Midlands have gone up nearly 16% in the past year with demand being driven by new regeneration, housing and infrastructure projects in the region.

Wages in all regions increased in July with joiners seeing their weekly pay packets jump by close to 11% last month to hit £1.041 while demolition contractors saw wages jump 10% to £815 per week. Those in the insulation sector saw rates go up 9.5% to an average of £953 a week.

The best paid sector was electrical with wages going up 4.7% to hit an average of £1,080 per week.

The average weekly wage in London, for so long the region with the best wages, climbed more than 7% to £891.

But he added the government needed to rethink how many workers from the EU it was prepared to allow into the UK to help plug skills gaps.