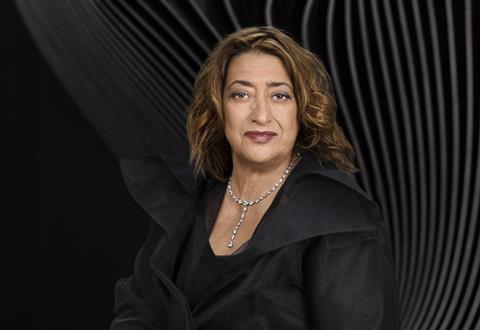 Zaha Hadid’s executors have given themselves the power to establish an “investigations committee” to probe the practice’s corporate governance, it has emerged.

It would be able to investigate “any matters” relating to governance or allegations of wrongdoing, according to a document filed at Companies House.

They made the move seeking to change the constitution two days after practice principal Patrik Schumacher filed a claim against them at the High Court trying to have them removed them as executors.

It is the second time in less than a year that they have amended the articles of association of Zaha Hadid Ltd (ZHL), the official name of the architecture practice.

Both changes were signed by the stained glass artist Brian Clarke who was a close friend of Zaha Hadid and is one of four executors of her estate. The others are Lord Palumbo and Rana Hadid, Zaha Hadid’s niece, as well as Schumacher.

The first three, who are on the board of Zaha Hadid Holdings (ZHH), the parent company of the architecture practice, are locked in a legal battle with Schumacher.

The document filed by Clarke on November 15 said shareholders of the practice with a stake of 75% or more “from time to time may, on written notice to the company, constitute and delegate powers of the board to a committee of the board of directors, such committee being empowered at the company’s expense to conduct investigations and/or commission an investigation into any matters relating to the corporate governance of the company and/or any allegation of wrongdoing.”

The sole shareholder of ZHL is ZHH.

The amended article – number 15 of 22 – also states that the investigations committee will be able to engage legal or other professional advisors or “take any other actions arising out of” an investigation.

The committee will not be required to share information with the rest of the board of ZHL.

It will be able to appoint as chairman one of the members who will be called the “special director” and have the casting vote.

The document also says only the special director’s presence would be required for “the transaction of business at any meeting of the investigations committee”.

Back in February last year Clarke signed a similar document outlining amendments to ZHL’s articles of association on behalf of ZHH which was also filed at Companies House. These related to articles 11 and 18.

Article 11 was amended to include a clause saying: “The directors shall not be required to retire by rotation.”

Article 18 was amended to remove the words: “no dividend shall exceed the amount recommended by the directors”. It added: “The company may by ordinary resolution in general meeting declare such dividend as it considers appropriate.”

Schumacher draws reference to the changes to articles 11 and 18 in his claim lodged at the High Court on November 13. On November 15 the amendment to article 15 was drafted.

A spokeswoman for Clarke, Palumbo and Rana Hadid declined to comment.

But the three have previously issued a statement relating to the court case saying: “The attempt to remove these three executors is totally unjustified and misconceived. They were appointed personally by Zaha Hadid because she trusted them to act in her best interests. All three were known to Zaha for decades; one was a close family member, and the other two were very good friends… They have at all times acted properly and in good faith with the desire to do their best for the estate given their friendship with Zaha Hadid.”

BD has also contacted Patrik Schumacher for a comment.