The government’s energy security strategy focuses on long-term solutions to longstanding problems. But the UK has more immediate concerns that have regrettably been ignored this week, writes Thomas Lane 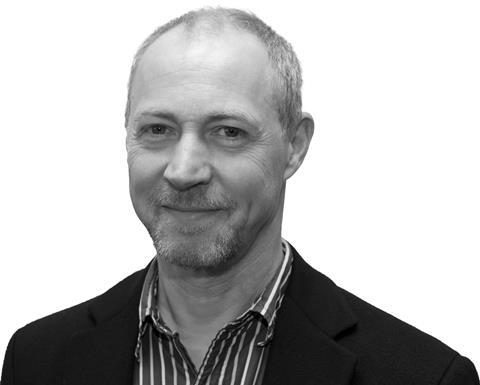 Before yesterday, delays to the publication of the government’s energy strategy seemed understandable. The Ukraine crisis and dire climate change warnings in the IPCC’s latest report suggested the need for some further thinking.

The war in Ukraine – coupled with a rapidly rebounding global economy – has recently pushed the price of gas to record levels. Millions have been tipped into fuel poverty and we have all been made acutely aware of how critical a secure energy supply now is.

Experts are warning that oil and gas prices are unlikely to come down any time soon, and there are forecasts of another 32% rise in gas prices in October when the price cap is next reviewed.

The IPPC’s latest report published earlier this week warned that, even if all the promises made by governments to cut emissions were fulfilled, the world will still warm by a devastating 3.2°C by the end of this century. Antonio Guterres, the UN secretary-general, went so far as to accuse governments and business leaders of lying about what they are doing to tackle the problem.

Recent events surely mean that top priority should have been given to solutions that can be implemented without delay?

The report also warned that emissions must peak by 2025, and be halved by the end of this decade, if warming is to be limited to 1.5°C.

When the government’s strategy finally arrived on Thursday, it looked like it had been written for another age. Recent events surely mean that top priority should have been given to solutions that can be implemented without delay?

These might then be followed by measures that will take much longer. But the two solutions which would do the most to help mitigate the immediate crisis were left languishing at the bottom of the priority list.

The strategy acknowledges that onshore wind is one of the cheapest forms of renewable power, with a pipeline of oven-ready projects. But David Cameron’s government cut subsidies and introduced a rule requiring unanimous local support for wind farms before these can go ahead. Introduced in 2014, this stopped new onshore wind construction in England in its tracks.

Strong opposition to onshore wind farms from backwoodsmen Tories – combined with Boris Johnson’s weak position after the partygate scandal – meant this rule has stayed in place.

Paradoxically, the strategy talks of changing planning rules to make it easier to get permission to build ground-mounted solar farms on non-protected land. Solar farms are not popular with local communities, so why should these not be subject to the same rules as onshore wind?

And new nuclear power stations stir up the fiercest opposition of all. Yet the strategy sets out the ambition to build eight new plants by 2050.

The big win should of course be reducing demand by improving the thermal performance of our existing homes. A big push to incentivise owner-occupiers to insulate their homes, combined with more funding for the fuel poor, whose numbers are swelling daily, would help to reduce bills and demand.

Yet despite this the strategy merely rehashes previous funding announcements. Ministers have defended the lack of any new energy efficiency measures by pointing to the heat and building strategy.

But this was published last October, long before the war in Ukraine and the big leap in the energy price cap this month. Given the minimal focus on insulation in the heat and building strategy, and the 5% VAT cut for energy efficiency measures in the spring statement – which barely scratches the surface of the cost – one is left wondering why Rishi Sunak is so reluctant to do more when billions are being spent subsidising energy bills.

What about other measures in the strategy? The ambition to deliver 50GB of offshore wind generation capacity by 2030 is laudable and will be helped by cutting the consent time for new wind farms from four years to one.

The strategy goes big on nuclear, with an ambition to build up to eight new nuclear power plants by 2050. These will meet 25% of the UK’s energy demand and have merits as part of the wider strategy, providing power for those times when there is little wind.

The big problem with nuclear (other than the cost) is the time that it will take to come on stream, which is implicit in the 2050 target. The earliest the first station could come on stream is after 2030, which – given the situation with energy prices, and the warnings in the IPCC report – is too late.

Hydrogen gets lots of love in the strategy, with a doubling of the 10GB production capacity by 2030 from last year’s 5GB target. Hydrogen is generated from other energy sources with a target of “at least half” coming from electrolytic hydrogen, in other words surplus energy from renewables.

Fulfilling this ambition depends on how quickly new windfarms are rolled out. The balance will come from natural gas, which provides a handy fig leaf for the government’s support for new gas field exploration in the North Sea and research into the impacts of fracking, which could open the door for this to restart.

The reality is that kicking the energy supply decarbonisation can down the road for so long means that we are now forced to choose between exploiting our own reserves or going elsewhere, which for most of Europe means Russia.

The UK is relatively lucky as only 4% of our gas comes from Russia, unlike Europe where it is 40%. The fact that we seem unable to cut demand for gas by 4% when 38% of the UK’s total gas supply is used for home heating is a sad indictment of the priorities of this current administration.