Airports of the future 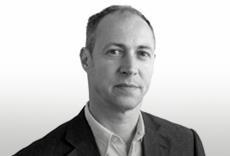 A new elephant in the room has been exposed by the relatively niche activity of whole-life carbon analysis of construction projects. An analysis by Sturgis Carbon Profiling reveals building a four runway hub in the Thames Estuary will emit five times more carbon than the so called “constellation option” - keeping Heathrow, adding an extra runway at Gatwick and Stansted and upgrading transport links.

Building the estuary airport will emit 34 million tonnes of CO2, equivalent to the annual carbon emissions of New Zealand. This combined with the emissions generated from travelling to the airport, which is further away than existing alternatives, means 63% more CO2, 43 million tonnes, over a 35 year lifespan, than the constellation option.

Whatever the relative merits of each solution may be we cannot ignore the impact on the UK’s carbon reduction targets. This whole-life carbon analysis has been submitted to the Davies Review and should be factored into its final conclusion.