Help young workers fight for what they believe in 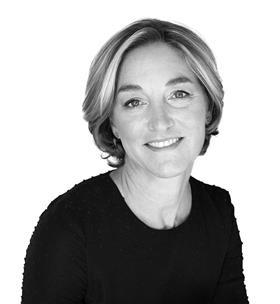 About 25 years ago, when Vogue called to say they wanted to run a photo shoot featuring up-and-coming design practices, and that they were sending a stylist with designer clothes to choose from, I was beside myself with excitement. But their crew came expecting an all-male line up for our studio, dRMM, and anticipated a set of three male directors.

So you can imagine my disappointment when there were no designer dresses, only suits, and no make-up artist or cosmetics to be seen. Already sporting a short haircut and a make-up-free face (ready for painting), I pulled together a menswear outfit and stared into the camera – shoulder-to-shoulder with my male counterparts. The result was a photograph with an ambiguous line-up.

This, and many other early episodes, set the tone for how I had to position myself within the design industry – but having the courage of your convictions was something drummed into me. Brought up in a community set up by my pioneering grandfather, my upbringing often set me apart from other kids.

There was no fixed ethos or ideal, rather a general desire to live in a way that reached beyond the nuclear family. This meant providing a support structure that gave more independence to children and parents alike (particularly mothers who wanted to work) as well as a route to greater freedom and self-sufficiency for all.

It was not “normal” – not always a comfortable place to be as a young person wanting to bring my friends home. But with that for me came an inherent resilience and confidence (some may say overconfidence) to counteract the sense of being a slight misfit.

Over the years, I have learned to enjoy those moments of difference, even to find ways to deal with difficult situations, and throughout my professional career, I have remained passionate about articulating ideas and ensuring they get airtime.

Advocacy, the act of making your voice heard for change

I learned early on that I would have to fight for that attention harder and for longer than many of my peers. I have been lucky enough to have the resourcefulness to do so, and stubborn enough to insist on pursuing roles that seemed unexpected for a young female designer to set out to conquer.

Yet, I am also aware that it is not everyone’s predisposition to advocate, to lead or persuade. If you look broadly at design and architectural discourse, it is safe to say its authors look the same and come from predominantly the same background. Advocacy, the act of making your voice heard for change, and empowerment go hand-in-hand and, unless you are born with the natural inclination to empower yourself, it is difficult to fight for the values you believe to be crucial to your profession.

Advocacy needs to be a discipline we encourage in young designers and architects. In both education and in practice, as the mature generation, we must take responsibility for helping industry newcomers to develop the skills they need – negotiation skills, how to present to colleagues and clients, how to network, and how to effectively talk about their work and ideas.

I am hugely encouraged by the young advocates who have taken centre stage on the architecture scene – especially in the light of the unprecedented environmental challenges our industry is set to face. Many of the young generation in my own practice are not only advocating for things they believe in but, more importantly, doing things to actively make a difference.

I can think of two young women in particular, Anna Lisa McSweeney and Kat Scott. Anna helped to set up the Architects Climate Action Network – a group of young built construction professionals that has emerged in response to the climate emergency. Kat has been instrumental in putting together a design guide to reducing embodied carbon for the London Energy Transformation Initiative, a network of more than 1,000 built environment professionals working together to put London on the path to a zero-carbon future. 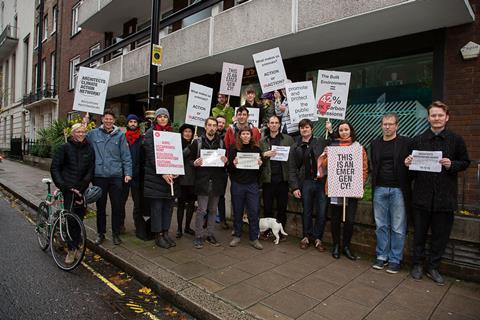 There are others. In late 2019, the Section of Architectural Workers was set up to advocate against low wages, long hours and lack of representation in the industry. The group also looks to highlight lack of support around mental health, amid other problems within the profession. Then there is the Black Females in Architecture group, headed by Selasi Setufe, Neba Sere, Akua Danso and Alisha Morenike Fisher, which is working to combat race and gender-based inequalities in architecture.

This is positive progress and goes hand-in-hand with the credence being given to design advocacy through industry and nationwide awards and recognitions. Yet, we must always strive to provide more support, and work to create more formalised frameworks for educating a young, talented workforce on the importance of idea promotion and design activism.

Their challenges certainly look different to what ours were, but the recipe for affecting change is the same. It is about forging leadership without invitation, creating debate even if it is uncomfortable, and allowing yourself to stare head-on into adversity with authority and integrity.

Sadie Morgan is a co-founder and director of dRMM architects. She is also the HS2 independent design panel chair, sits on the UK’s National Infrastructure Commission and is a mayor’s design advocate for the Greater London Authority