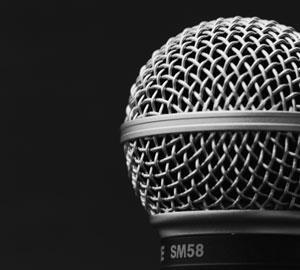 When the upturn comes, there will be growing demand for the products of industrialised housing companies. But how can they survive until then?

Back in the sixties, when the government was heavily promoting industrialised housing, it was described as “a beautiful concept one could believe in – in the way one believed in fairies”. Yet until recently only about 10,000 houses a year were produced, off site by automated mass production methods. And that was when the industry was booming. So why not more?

Three concepts are key to low-cost production: volume, standardisation and repetition. It is the lack of these that bedevils the progress of industrialised housebuilding. Forget comparisons with the car industry; that has a global market, large volumes, and cars are the same wherever they are used. The opposite is true of houses.

But there are good reasons why traditional construction holds sway; one is the economy of site-based construction – minimal overheads, no factory to heat or council tax to pay and no forward investment, which can cost more than £12m for a factory and assembly line. Another is programme flexibility: a start can be made at any time; as soon as planning permission is received, work can commence. There is no lead-in time, no waiting for a gap in the production schedule. Finally, house construction in this country is refined and efficient; a crane is barely necessary as components are small and light. As practised by private developers, it is a well understood process with subcontractors needing little instruction in building oft-repeated house types. Construction has become more complex but this is being addressed by the use of robust details, simple standard methods of satisfying the Building Regulations that are repeated job to job and aid productivity.

So, with the downturn and the resulting labour surplus, traditional construction will be less, rather than more, expensive. With volumes much reduced, what future is there for factory-produced houses? Rather than concern ourselves with thoughts of homes gliding off mechanised production lines, we should just concentrate on two simple factors: standardisation and repetition. For it is here that real economies and better value lie.

If funding in the social sector could be conditional on the use of standard shells, then who knows? even the cash-strapped private developer might find the products attractive

However, to write off the considerable investment and experience gained recently in factory production would be a pity. One thing can be guaranteed: when the upturn comes many skilled people will have left the industry, never to return, so we may well be in real need of those industrialised producers. What might help keep them alive?

Low-cost housing always has used and will continue to use standard house types. They are similar in private and social sectors, based on a series of repeating dimensions, living room widths, bathroom sizes and so on. The all-too typical scheme of 25 houses with six house types, three floor-to-ceiling heights and four bathroom arrangements, should really get short shrift if value for money is the aim. We already have, in essence, a limited number of standard house shells and therefore the basis for a series of standard components to construct them from. If funding in the social sector could be conditional on the use of such standard shells, then, who knows? even the cash-strapped private developer might find the products attractive.

Let me be clear: I am talking of standardisation of components and process, not of appearance. But with the use of large manufactured components, standardisation is critical. Trussed rafters or engineered floor joists have to be made to length whereas timber joists can be cut to any size. But in both instances repetition of the same dimension saves time and money.

With the housebuilding industry decimated, and proposals to increase the building of social housing gaining support, it seems timely to find ways of making use of the investment already made in industrialised production and to take steps to ensure our future.

Peter Phippen is a former chairman of PRP Architects. His book The Mistress in the Home: Architects and Housing will be published next year.

Original print headline: 'More of the same, only different'