A nuanced picture of recovery 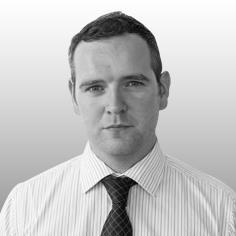 There is no doubt that the economy is firmly in a growth phase with economic output only 0.6% below its pre-crisis peak in Q1 2008. This has been primarily driven by the service sector, which is no surprise given the nature of the economy.

Although construction has also grown over recent months and grabbed its share of positive headlines, the story appears to be more nuanced.

Comparing the first quarter this year with the equivalent period in 2013, construction output grew by 5.4% which, on the face of it, appears to be a good return.

However, that it is still 12% below the levels recorded at the start of 2008, indicating there is significant room for expansion.

In the commercial sector, the single biggest category within construction, growth was only 1.3% and infrastructure actually declined, by 4.8%

Analysing the sectors within construction also provides a note of caution. New work in the private housing sector increased by 23.1%, but in the commercial sector, the single biggest category within construction, growth was only 1.3% and infrastructure actually declined, by 4.8%.

With the housing market under constant scrutiny amid fears of a bubble and subsequent price crash, there are clear risks associated with the pattern of recent growth within the construction industry.

Although the construction sector is growing, there is a danger that it is too reliant on housing, and broader improvements are needed to ensure a robust recovery.

Otherwise, the path to pre-recession levels of output may be more fragile and take much longer.