What does the Labour Party’s ambivalence towards HS2 mean for those looking to work on the £43bn project? 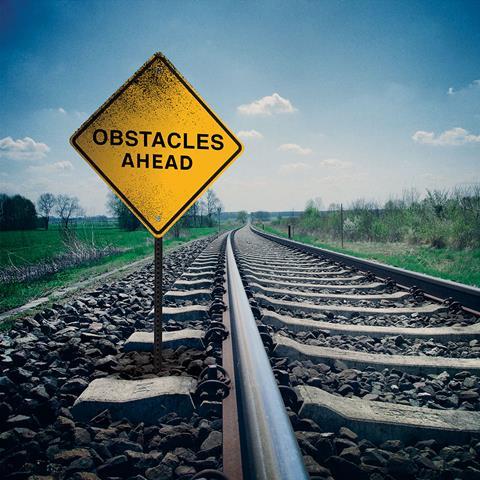 For one reason or another - most of them negative - the HS2 rail project has been hitting the headlines on a near daily basis for the past six months. Whether it’s the government’s promises of economic development miracles or critics picking holes in the scheme, HS2 has risen steadily up the news agenda.

However, it is the Labour party’s pronouncements on the project that should be of most concern to the construction industry. Following the news in June that the cost of the scheme had risen by about £10bn to £42.6bn (including £14.4bn of contingency funding), first former business secretary Lord Mandelson and then former chancellor Alistair Darling raised concerns about the scheme.

Soon after, at the Labour conference in September, shadow chancellor Ed Balls said there was “no blank cheque” for HS2 should Labour win the general election in 2015. Since then nobody in the shadow cabinet, not the transport spokesperson nor the Labour leader Ed Miliband, has been willing to commit the party unequivocally to the project.

All of which has frustrated the coalition - because of the long-term nature of the project, it is only viable if it enjoys cross-party support - and this led prime minister David Cameron to tell the CBI’s annual conference this week that Labour was “putting our country’s future at risk”. He announced that incoming HS2 chair David Higgins would “make absolutely sure we drive every extra bit of cost out of this that we can, so it comes in under the budget that has been set”.

But just how damaging is Labour’s ambiguity about HS2 to the project’s progress? And how seriously should we take the possibility that the party might decide to withdraw its support entirely? It was Labour, after all, that launched the project in the first place under then transport secretary Lord Adonis.

So far as the Department for Transport (DfT) is concerned, Labour’s wavering means little in the short and medium term. A spokesman said that the main HS2 bill will go before the House of Commons later this year, with a second reading expected in spring 2014, and that construction on phase one of the project - from London to Birmingham - should begin in 2017, provided that royal assent is secured in 2015. “We’re progressing to that timetable and that timetable is unaffected [by Labour’s intervention],” he said. “All the activity that we were expecting to do is continuing. It’s full steam ahead.” Meanwhile, HS2 Ltd itself has been outlining the opportunities on the project to contractors this week.

But the chance that Labour might withdraw its support for the project has people worried, especially as there is no guarantee that HS2’s £43bn budget would be spent on other in construction projects, if it was cancelled. The party has pledged that it will state its position unambiguously by spring next year, presumably before the bill receives its second reading in the Commons. And it is that milestone in HS2’s progress that brings the greatest concern.

“That’s a critical stage and if Labour by then has made the decision that it would rather not spend the money on this - goodness knows what reasons it would come up with to explain that position - then that would be pretty disastrous,” says Jim Steer, director of high-speed rail research body Green Gauge 21 and founder of transport consultancy Steer Davies Gleave, which is engaged on HS2. “At that point all the work would come to a grinding halt, with I have to say nobody having a clue about what we would do instead.” 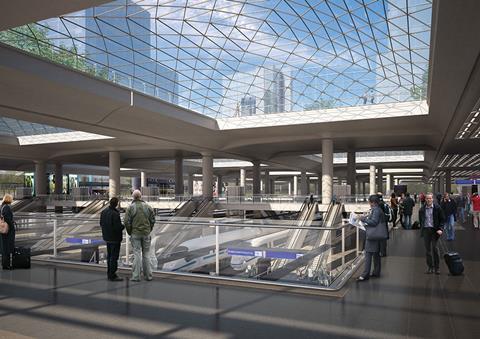 It is also clear from talking to some of the construction firms already engaged on HS2 - at this stage exclusively consultants - that Labour’s doubts about the project are already having a negative impact. After all, for a firm to put itself in a position to win contracts on the project, it has to invest - in talent, for instance - and if it looks likely that a future government would cancel a project then that investment becomes more of a risk than an opportunity.

“If you look at a project like HS2, we’re talking about a large amount of work over a long period and we have to invest in that,” says Paul Dyson, a director in consultancy Aecom’s infrastructure team. “If there’s any likelihood that it’s going to fall over after the election, people are going to start to temper their investment decisions. And that’s then a problem for HS2 if it does go ahead. If the supply chain hasn’t prepared properly, then you won’t get the same immediate efficiencies.”

He adds that the uncertainty has implications for the team trying to deliver HS2. “HS2 Ltd is staffing up and looking to recruit the best people,” he says. “Are they going to be able to do that if people are unsure about the project’s future? [After all], there are a lot of opportunities in the Middle East and further afield.”

So the impact of Labour’s equivocation is already being felt, something that Tory ministers have been keen to emphasise, accusing Balls, Miliband and others of playing politics with a project that is vital to UK industry. However, playing politics with HS2 is a charge that can be thrown back at the Tories.

In the run-up to the 2010 elections, Lord Adonis was secretary of state for transport for Labour and he offered to show the route, in confidence, to the Conservatives’ and Lib Dems’ transport advisers, both of who were in support of HS2. While the Lib Dems agreed, the Conservatives said that they didn’t want to see it.

But would Labour really turn its back on HS2? For a definitive answer we will have to wait for the spring, of course, but some in the industry certainly consider it a possibility. After all, such a move would at a single stroke give the shadow chancellor billions of pounds to play with, allowing him to make other spending promises in the run-up to May 2015.

Withdrawing support would also place the Tories in an unenviable position of being the main backers of a project, the most vocal opponents of which live in Conservative constituencies. However, many in the industry with close ties to HS2 believe that Labour will ultimately back the project, arguing that Balls’ position has more to do with being seen to take a tough stance on public spending than with increasing doubts about the project’s strategic importance. Labour - and Balls in particular - has an electoral problem when it comes to fiscal responsibility, they argue, and if the party can be seen to have put pressure on the coalition to deliver HS2 for a lower cost, so much the better.

Such views chime well with recent developments. Last week the Guardian reported that Miliband would throw his weight behind HS2 if David Higgins, incoming chairman of HS2 Ltd, succeeded in cutting back the project’s £14bn contingency fund. The story followed a meeting between Higgins, Balls and Adonis on 15 October.

“My view is that it’s going to happen,” says Mark Cowlard, head of transport at EC Harris. “Hopefully by spring 2015 it will get royal assent and then it will be heads cracking on with delivery. It will be about how we deliver efficiently rather than whether we should do it.”

Cowlard may well be right, but fears over Labour abandoning HS2 will only go away once its position is clarified next year. Seldom has a party of opposition held such power over the future of the industry.

In total, HS2’s backers say that the project will lead to:

£19.6bn of construction work overall, including: £3.8bn in tunnelling; £7.7bn in civil engineering; £4bn in building stations, depots and stabling; and £4.1bn in railway systems

£1.70 for each pound spent in wider economic benefits on the first phase from London to Birmingham

£2.30 for each pound spent in wider economic benefits from the project as a whole

Which firms on the frameworks have received what?

All figures are based on monthly figures released by the Department for Transport covering all payments to external firms providing services to HS2 Ltd. The figures go back to April 2009, three months after HS2 Ltd was established, and do not include staff costs at HS2 Ltd.

What are the alternatives?

In the highly charged debate surrounding HS2, many have argued that upgrades to existing lines would be a preferable alternative, supplying the extra capacity required without the need for a new line slicing through the countryside.

Mindful of this, the government commissioned Network Rail and multi-disciplinary consultancy Atkins to prepare reports looking at the potential impact upgrading the existing east coast mainline, midland mainline and west coast mainline would have in terms of delivery and capacity.

The reports, which were published at the end of October, found the works would result in 2,770 weekend closures if capacity were to be brought up to the level HS2 is expected to achieve.

It says: “While some works could be programmed to coincide in terms of network downtime, this scale of work on the existing network would entail 14 years of weekend closures to allow the necessary upgrade works to be carried out. With work on multiple (parallel) routes, the scope to use adjacent main lines for diversionary routes is also diminished.”

The reports said that journey times would increase substantially, potentially doubling at times on some routes, and that upgrade works would still in all likelihood result in some properties being torn down.