Is localism dead and buried? 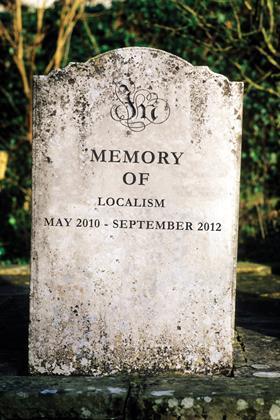 In the end all the talk of the government ripping up the Green Belt was, if you forgive the colourful mix of metaphors, a red herring. Communities secretary Eric Pickles’ announcement last week on housing and growth proposed no changes to law or regulation that would impact the protected areas which surround the UK’s major conurbations, despite the pre-briefings and comments by the chancellor George Osborne.

However, the far-reaching package of housing and planning reforms, which the government claims will deliver 70,000 homes and 140,000 new jobs, may have signalled something far more significant. Because many of the basket of 15 or more separate measures echoed a common - unstated - theme: the re-taking of power from local authorities by a government that just two years ago ripped up the planning system to introduce localism. Housebuilders are now asking if the shift - contained in a series of measures outlined last week - could be the moment the government seriously changes course.

The reason for the change in direction can be seen clearly in a skim of the last Home Builders Federation data, which shows the granting of residential planning permissions in England at a three-year low of just 24,872. Housing starts have also fallen by about 20% in the first half of 2012, according to the latest government data.

The changes which could be seen to fall under a shift away from localism are manifold. Pickles’ announcement revealed that the government will legislate to allow the planning inspectorate (PINS) to take over planning decisions from local authorities that have “consistently poor performance” in the speed or quality of decisions. It will also allow PINS to penalise councils that turn applications down knowing this will be overturned on appeal - by awarding costs against them. And more types of applications will be diverted to the National Infrastructure Planning branch of PINS, away from local councils. In general the measures outlined last week start to introduce real penalties if local authorities don’t behave how the centre - the government - wants them to.

In addition, developers will have more time to build out planning applications, and the government will legislate to allow developers to appeal against section 106 planning agreements which are demonstrably holding back projects. Small builders will benefit from a promised extension of permitted development rights, taking decisions on most home extensions out of councils’ hands. Finally the government will lead a review of the profusion of local standards which housebuilders claim pile extra regulatory burdens on their schemes. Roger Humber, strategic policy adviser to the House Builders’ Association, says: “We’ve seen the fastest running up of the white flag over localism we could have ever imagined. Localism’s dead and top-down planning is back with a vengeance.”

The issue is a vital one for housebuilders. The regional housing targets of the Labour administration were ditched within the first few days of the coalition on a promise from ministers that local decision-making would be a more effective way of delivering homes. Ministers assured those housebuilders nervous that localism wasn’t going to work, that councils would make the right decisions if a proper framework and incentives were in place. This led them to create the New Homes Bonus, which rewarded councils with more grant for homes started, and the pro-development National Planning Policy Framework. So the feeling of retreat is compounded by last week’s ministerial re-shuffle which cleared out from the communities department the entire team - Grant Shapps, Bob Neil and Greg Clark - that had delivered these localist reforms.

Dermot Finch, head of public affairs for lobbyist Fishburn Hedges, and formerly a Treasury mandarin and director of the Centre for Cities think tank, says: “Ministers had said they would put in place incentives and things would be fine. Well, it looks like the New Homes Bonus hasn’t been enough to change nimby councils’ mind. It looks like with the Treasury and the recession breathing down their neck, the government has beaten a partial retreat from pure localism.

“In the current environment, when localism goes head-to-head with growth in terms of priorities at the top of government, growth will win.” 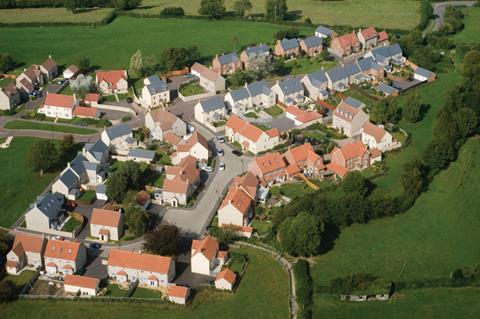 This is not to say that the reforms outlined last week will overturn the reforms of the Localism Act, or make an immediate huge change to the system. But, in a week in which a survey by contractor Willmott Dixon showed that 40% of local councillors don’t trust businesses to help deliver local economic growth, it does demonstrate the desire at the top of the coalition to force councils to be more pro private sector. Chris Tinker, regeneration director at Crest Nicholson, who hosted prime minister David Cameron and deputy prime minister Nick Clegg on one of the firm’s sites for last week’s launch, says: “It’s not the end of localism. But it is about the proper balance of power between centralism and localism. It’s an intolerance from central government of a lack of performance.”

Alan Brown, Cala Group chief executive, says: “It’s about local authorities taking responsibility, and the government stepping up what is in the NPPF. They’re saying, ‘if you don’t play by the rules we’ll take the power off you.’” Rob Perrins, managing director of Berkeley Group, says the moves are welcome but it is too early to say if they will be effective. “Whether it will make a difference will depend how they define poor performance by local authorities. It could very helpful if it’s effective, but so far we’ve had a lot of theory and very little delivery.”

Even Humber, who says the moves “finally” show the government moving in the right direction, admits there is plenty of devil in the detail. Success, he says, will depend on how the specific pieces of legislation are drafted, and if civil servants can fend off pressure from the anti-development lobby.

The industry will hope the new ministers have the commitment to push through the government’s new stance.

HOUSING AND GROWTH ANNOUNCEMENT: THE OTHER KEY MEASURES

Government guarantees to sit behind £10bn of loans to build affordable and private rented housing, supplemented by £300m in grant for the affordable element, and a £200m land fund for the rented homes.

The government has already asked for expressions of interest in a 15,000-home programme from developers and housing associations in this programme, despite few details being released. According to Homes and Communities Agency (HCA) boss Pat Ritchie a body will be set up to administer and aggregate the loans. The HCA will manage the allocation of grant along similar lines to its current Affordable Rent programmes, but it has not yet been determined who will manage the £200m rent fund. While housing associations have not struggled to raise finance in recent years, Treasury chief secretary Danny Alexander this week said the guarantees would make that finance much cheaper. Ben de Waal, head of residential at Davis Langdon, says it is important the scheme can be used to sit behind off balance-sheet special purpose vehicles otherwise it will fall foul of borrowing covenants for individual housing associations. “Debt guarantees to support the development of private rented homes would give the necessary security to attract the institutional investors and would allow finance to be raised far cheaper which will improve overall development viability,” he says.

The government will put £280m behind a re-run of the FirstBuy shared equity scheme, designed to allow the construction and sale of a further 16,500 homes.

FirstBuy, in which the government and housebuilders take a joint 20% equity stake in new homes that are sold in place of a deposit for first-time buyers, has been popular with a number of the major housebuilders. But the scheme does rely on builders being willing to tie up large amounts of capital on their balance sheets for a lengthy period, something that is not possible for all. The HCA will administer the scheme, with chief executive Pat Ritchie saying the agency will issue a prospectus in the next couple of weeks. The scheme will use exactly the same conditions as previous rounds of FirstBuy.

The HCA will be given a new role to manage a “a targeted programme of transfers” of land from other government agencies for housing development.

The agency has not yet been given targets for the amount of land it will have to sell to developers or the number of homes the government is expecting it to realise. However, the government has already made public a target of releasing enough public land for 100,000 homes by the end of the parliament. The HCA’s Ritchie says it is also not yet clear whether the HCA will be given ownership of the land from other departments. “This announcement is a potentially important shift for the government and is an endorsement of our track record in dealing with our own land,” she says.

The communities and business departments will convene an industry-led group to look at the barriers holding back the growth in off-site construction methods.

A statement by Eric Pickles said that off-site construction had the potential to “create skilled jobs, improve the quality of homes and ultimately bring down costs.” The new advisory group will be tasked with reporting on barriers to growth by the time of the 2013 Budget, in order to improve the efficiency of housing supply. However, previous initiatives in this area, notably following the 1998 Egan report on construction, have failed to bring a big shift in construction techniques.

Nevertheless, Davis Langdon’s de Waal says the move is encouraging. “The market has advanced significantly to products that allow the entire building shell and core to be constructed from off-site manufactured products,” he says.

“For scale procurement to be achieved at a competitive price the supply chain needs to have the market confidence to invest in the plant necessary to achieve more efficient fabrication. Someone needs to take the risk of this investment so I would like to see the government providing cheap loans to fabricators.”