What are the challenges, key developments and government policies that look set to shape 2016? Building asked key industry insiders to make a call on what they think will become the major talking points of the next 12 months 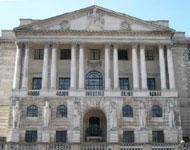 The defining economic event of 2016 has probably already taken place: that is the US Federal Reserve Bank’s decision to increase the base interest rate of the world’s biggest economy for the first time in seven years.

Simon Rawlinson, head of strategic research and insight at Arcadis, says the impact of this move will be felt keenly in the UK.

The emerging markets investors, who have played such a crucial role in propping up the property market, will see their local currencies lose value against the dollar.

“The UK will still be attractive but it will be less affordable”, says Rawlinson, who predicts that one or two major residential schemes will be canned as a result.

The Bank of England (pictured) too is expected to raise its base rate from 0.5%, although the expected timing of this move keeps slipping.

Cenkos’ Cammack says: “While it may not be a massive hurdle for the industry to get over in terms of impact on demand, it could have an influence on sentiment going forward.”

Overall UK GDP is expected to grow by 2.7% in 2016, broadly in line with last year’s performance.

Inflation meanwhile is likely to remain low following the recent fresh plunge in global crude oil prices, although construction has not really seen the benefit of falling prices.

Overall build price inflation is likely to be 4-5%, says Rawlinson, as skills shortages give employees and subcontractors the whip hand when negotiating payment.

He adds that reinforced steel bar prices may fall as low as £40/tonne during 2016 as demand for the material from China continues to soften.

“That’s spectacularly cheap but that’s probably the only area where employers see deflation coming through,” he says.