Reverse mentoring - how to give the next generation a voice

What do young people really think? What will make them join a company, and stay? Some firms are trying to find answers to these crucial questions by pairing senior and junior staff in a process called ‘reverse mentoring’. Jamie Harris reports 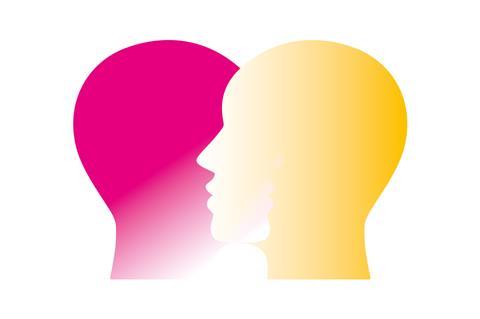 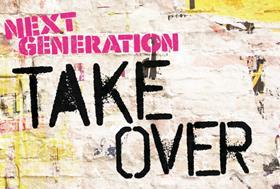 It’s time to turn the tables. Building’s next generation takeover is all about amplifying the voices that do not always get a platform in the industry. But equally important for these younger people is having the chance to be heard within their own working environments.

For junior staff, being listened to is often key to feeling valued, and an important factor in whether they choose to work at a company and stay there. Also, fresh recruits can be an invaluable source of new ideas – not least for feedback on how firms can retain their younger employees and attract more in future.

The sector’s well-reported skills gap is continuing to widen as waves of construction’s ageing workforce retire and companies say farewell to many workers from elsewhere in the European Union, so it’s vital that construction finds ways to engage and empower its future leaders.

Building’s guest editors felt it was time that the experienced professionals in the industry asked their younger colleagues some questions instead. So that’s what we arranged.

What is reverse mentoring?

Reverse mentoring spawned from other mentoring schemes. Popularised by General Electric chairman Jack Welch in the 1990s, who paired 500 senior and junior employees, it is now widely used by some of the largest companies in the world, such as KPMG and Cisco, as well as several in construction – Mott MacDonald, among others. Broadly, it involves senior members of staff – potentially at board and executive level – learning from junior colleagues who may have expertise in other fields, such as new technologies and tools that can advance the business.

But it is not just an opportunity for the older generation to learn about technology from millennials. Reverse mentoring begins to break down barriers that may currently be in place, blocking younger staff from any opportunity to make connections and build a relationship with people in the business they might not normally interact with professionally. Likewise, it’s a chance for the business to hear fresh ideas.

Typically, a senior member of staff would be paired with a junior colleague and encouraged to meet on a semi-regular basis – perhaps monthly or quarterly – with a desire to learn and a level of trust on both sides. 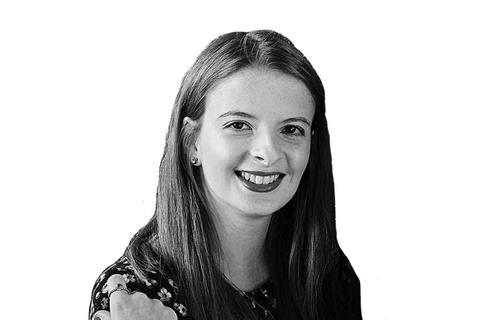 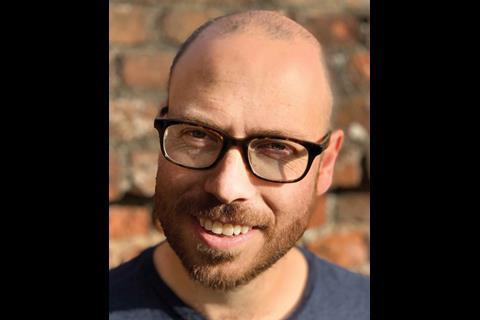 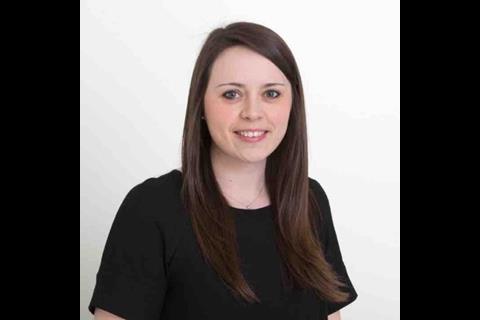 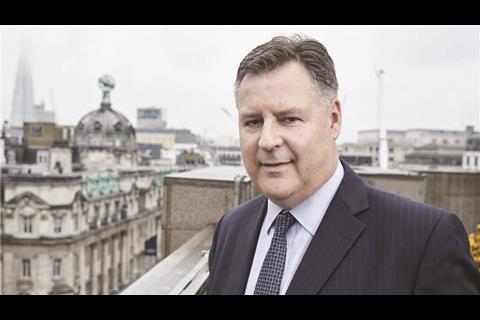 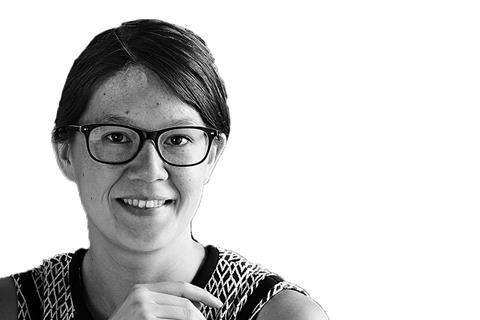 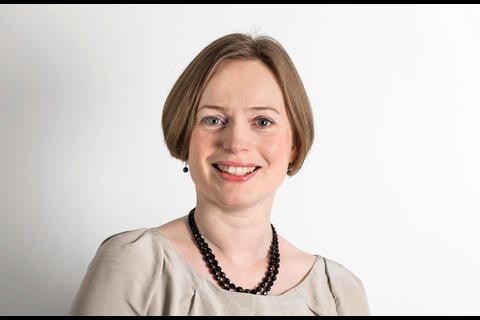 Fly on the wall

Three members of Building’s graduate panel sat down with a senior figure within their company – with Building acting as a fly on the wall – to talk about a range of issues, including what they are looking for in their personal development; what they feel makes them work most effectively; and their contact and connection with senior figures. Those senior figures got a chance to find out more about what attracts young members of staff to the industry and what keeps them there.

“These sorts of things help break the boundary of hierarchy and seniority, which I think is really important for a team”

Perhaps the most striking outcome from each interview was just how much each senior figure was gleaning from their junior member of staff. Ramboll’s Alex Lawrence was scribbling down so many ideas to follow up in the immediate aftermath that it was clear the discussion was just the start of many more and perhaps a catalyst for real change.

And for the younger members of staff, fairly new to the industry, the reverse mentoring process itself has already helped to alleviate concerns raised in the discussions. The graduates cited a need to feel empowered and trusted by their managers and leaders within the business, to help them develop and improve their confidence. Asking questions and receiving open, honest answers built that trust and sense of making a difference.

“I find it difficult to speak to senior people I don’t know,” says Ramboll’s Scoones. “I’m better at it now, but perhaps that’s why younger people are more hesitant about speaking out and asking for something. These sorts of things help break the boundary of hierarchy and seniority, which I think is really important for a team. It’s a great support tool because it’s an open discussion, rather than just saying that something is wrong.”

Her mentoring partner Lawrence agreed: “The industry should be receptive to this – anything that makes things easier can only be a good thing.”

So what did the junior staff choose to discuss? What did their senior colleagues want to know? Overleaf are four key issues that came up in each conversation.

On communication and confidence

“Even if it’s a small thing, being asked to help out on a particular bit of research, being asked what you think – it can be a real confidence boost.”

Issues around self-confidence and support were broached fairly early on in conversations.  While graduate professionals in the industry have on their courses generally acquired a depth of knowledge of many aspects of their role, WYG’s Annabel Le Lohé told her mentoring partner, HR director Rich Roberts, that the confidence does not always transfer from academia into the workplace and can need a boost from an employer.

“When coming into your first job as a graduate, there’s a real nervousness,” says Le Lohé. “You’re scared, thinking ‘Am I doing it right? Do they secretly think I’m terrible at my job?’ Even if you were confident in your area of expertise, what you studied at university, coming into a working environment is so different. Even the most confident of people will feel stressed and anxious about the work they’re producing.

“Even if it’s a small thing, being asked to help out on a particular bit of research, being asked what you think – it can be a real confidence boost.”

Mace’s Victoria Caines pointed to the role a strong support network and working environment can play in helping new recruits thrive. “Knowing you’ve got good management around you really helps to drive your career forward,” she said.

“It’s a confidence boost to be given responsibility for work as a graduate – it might feel like being thrown in the deep end, but the culture of being able to say, if you’re doing it wrong, ‘That’s ok, learn from it, we’re right behind you’, it’s a safety net of support. That culture of being supported with without being spoon-fed – it is a difficult balance.”

Ramboll’s Emily Scoones gave similar advice to her mentoring partner, regional director Alex Lawrence: “Make it ok to fail. If you’ve got a safe environment, you can suggest ideas and go and test them without fear of saying something stupid.

And it’s not just in the workplace where support is welcomed.

“Loneliness within the graduate demographic is bigger than you think,” explains Le Lohé. “When you first come out of university and you find a job, you may move to a new location without any connections or friends there – that can be incredibly draining.”

Caines also pointed to the importance of job titles in allowing graduates to integrate quickly into the main workforce: “For example, I started at Mace as an ‘assistant’, rather than a ‘graduate’ – you’re not automatically labelled as just coming out of university.”

Her mentoring partner, COO Mark Holmes agreed: “People don’t like the idea of ‘trainee’ – you’ve been working hard and gaining a degree for three years.”

The senior partners in the discussions showed interest in gleaning ideas on how best to develop recruits once they’ve started. “Do you think you need honest open feedback on things?” asked WYG’s Roberts. “Some people don’t want to be seen to be critical to their team members.”

“More frequent, informal feedback is probably more beneficial, rather than being in the middle of a pressurised environment, such as a probation review,” Le Lohé said. “I think it would be taken so much better as constructive criticism.”

Caines also noted that tone can be very important: “People don’t say thank you any more. It’s a little thing, but just adding “please” or “thank you” in your email goes a long way.”

“A lot of people stereotype millennials as self-centred”

On motivation and retention

“Graduates here love the challenge of problem solving – it’s something that interests them,” says Scoones. “Money plays a part in terms of being recognised for doing a good job, but people in engineering aren’t driven purely by money.”

Mace’s Caines voiced a similar view: “A key thing is the opportunity for learning,” she tells her mentoring partner Holmes. “As long as the company is offering these opportunities, and stimulating your mind, I’m not sure why you’d look elsewhere for work.”

“Graduates want to be involved,” says Scoones. “They want to be leading their projects in an encouraging environment and to be taken to client meetings and pitches – they want to be trusted.”

When Lawrence probed about what she learned from a recent client meeting, Scoones said that the experience was invaluable. “It was stressful, but it gives you the confidence to be able to speak about what you do and what you add to a project. These soft skills are so important for graduates as they’re not honed as much in academia.”

Caines says businesses need to take steps to make graduates feel stimulated and valued: “If you’re seeing your role evolving and changing, if you feel you’re being invested in and that someone is fighting your corner, you’ll stay.”

“A lot of people stereotype millennials as self-centred,” says Mace’s Caines. “I think those personality traits have always been there, but the platforms to voice those issues have increased and people are able to voice these concerns much easier and more publicly.

“I feel that perhaps this generation are more willing to adapt to change – and they can be more ready to challenge senior management to shake things up.”

“There’s a real stereotype that we’re glued to our phones,” says Le Lohé. “But most of my social media connections are people who I’ve already met in person. We don’t always want things such as training to be online only.”

On development and training

At WYG’s, Roberts asked his discussion partner: “What does learning and development look like for you?” “It’s a combination – variety is important,” said Le Lohé. “Sometimes people are bored of traditional education. Practical sessions, discussions, social activities – these are more natural learning environments.”

“There’s still quite a linear path of progression,” says Ramboll’s Scoones. “You graduate, work, look to get chartered and specialise in a particular field. What I’d love to see is the industry showing that you can look in another direction and be rewarded for that.”

“You may want to look at other potential avenues, try out a different specialism. Spending six weeks with another team feels invaluable – you can understand the other disciplines better, and when you return to your field of work, it helps.”

Listen to the conversations on our podcast from Friday at www.building.co.uk/podcasts