The steel rollercoaster of the last few weeks seems to have ended well, with Greybull’s purchase of Tata’s construction division. But is this, and the government’s call to ‘buy British’, enough to save UK steel? 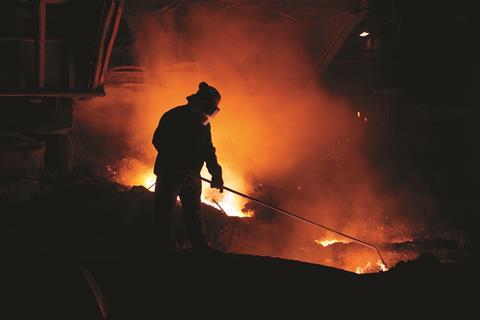 Steel is the industrial story that has dominated April’s news headlines.

Like coal and cars, steel manufacturing has a special role in the UK’s industrial psyche and as a result, says Simon Rawlinson, head of strategic research and insight at Arcadis, “a disproportionate pull on the political agenda”.

But deteriorating financial performance on the back of worsening trading conditions and high manufacturing costs has forced Indian parent Tata to put its entire UK business up for sale.

It’s easy to see what went wrong: global oversupply has meant that cheap imports, mainly from China, threaten to cut the UK steel industry off at the knees. Tata, reported to be losing up to £1m a day in its UK steel business - which includes the Port Talbot plant in south Wales - said enough was enough.

So what now? The group has already sold off two plants in Lanarkshire to the Scottish government, which has in turn sold them to commodity group Liberty House - the company also being touted as the possible saviour for the rest of Tata Steel UK. It is also selling its Scunthorpe-based construction steel business to investor Greybull Capital.

The deal, which is expected to be wrapped up this June, will see Greybull acquire all of Tata Steel’s European Long Products business - in effect its construction steel arm which employs 4,800 people - and rename it British Steel. The deal includes the steel works in Scunthorpe and two mills in Teesside. Not surprisingly, this has been hailed as the “best possible outcome” for the business by Bimlendra Jha, executive chairman of Tata’s Long Products Europe business - presumably because the alternative was closing it down.

The government is also pleased, and business secretary Sajid Javid says the government has been “closely involved in the [Long Products] sale process from day one, including making a commercial offer on financing if required”.

But of course, it’s a mixed picture. Greybull has promised to pump £400m into the business - which it says it will raise from shareholders and banks - but in return it has asked staff to take a one-year 3% pay cut and accept changes to their pension scheme.

Unions have told staff to agree to what’s on offer. But they want the government to level the playing field for the industry - including a proposal to use as much homegrown steel as possible in big infrastructure projects such as HS2. The government has said it has asked the public sector to “specifically consider” British steel when procuring steel contracts.

Many are sympathetic to the idea, but not convinced a policy of “buying British” will work. Ian Lawson, chief executive of the UK’s biggest steel contractor, Severfield, says encouraging people to buy British is “absolutely the right thing to do” but, speaking to Building just before Greybull made its move, pointed out: “At the end of the day, businesses, whether it is in the public sector or private sector, still have budgets that they have to work to.”

And the Construction Products Association’s economics director Noble Francis warns that the new government guidance is unlikely to make much difference, as over half of the UK’s infrastructure projects are funded by the private sector - where the government has no say over how budgets are spent.

Javid himself has admitted that private companies “are not subject to all the rules around procurement” but says: “There are ways to encourage them to invest more in British steel and that’s exactly what’s happening.”

Javid uses infrastructure projects as examples where UK projects have been doing their bit and says Crossrail’s 26 miles of tunnels have used “almost exclusively British steel” while Network Rail every year buys 1,500 miles of steel from Tata in Scunthorpe. “That’s enough to build a two-track line from London to Edinburgh,” he told a House of Commons emergency debate on the issue last week.

Network Rail chief executive Mark Carne chipped in too, saying the company plans to continue using steel from Scunthorpe in its railway upgrade plan: “We have been in talks with Greybull Capital for some time and they have assured Network Rail that they will continue to provide the level of service we’ve come to expect from Tata Steel.”

This collective mucking in all sounds good but Severfield’s Lawson for one remains to be convinced. He is worried that forcing clients to use expensive British steel could push developers to use a different material altogether - such as concrete. “This won’t help the industry either,” he adds. “Private developers won’t pay the price of British steel if they’ve got the option of buying cheaper steel from elsewhere.

He argues that British steel is not uncompetitive - but simply a victim of Chinese undercutting. “The Chinese are making steel at less than cost but they’re doing it to ensure they’re keeping their own people in employment and their government is subsiding it. Well, our government isn’t subsidising it and I’m sure won’t be subsidising it.”

China is key in all of this. Javid admits there is no “overnight solution” to the issue of excess steel production. But at a crisis meeting in Brussels this week to discuss the global steel glut, he said China “absolutely recognised that it is a problem of overcapacity in their country”. However, the meeting ended without any formal agreement. Some would be forgiven for thinking nothing was changed by the talks. 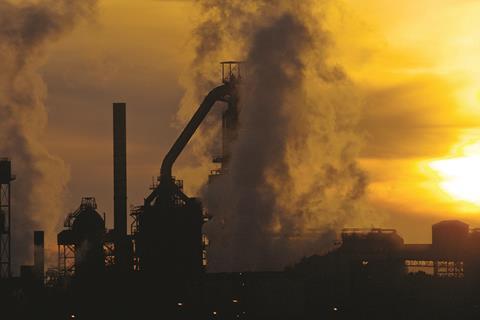 The CPA’s Francis says that costs will continue to be an issue for the UK steel industry because it costs more to produce here than elsewhere in the EU. “Energy costs are 54% higher than the EU average.”

In response, the government says measures to exempt energy-intensive industries like steel manufacture from renewable electricity costs will save industry £400m by the end of the current parliament.

But current UK steel manufacture will not keep pace with growth which is expected in the medium term in key construction sectors, including commercial and infrastructure, and which will require “significant steel use,” Noble Francis says.

The industry imports, he says, and with that comes uncertainty. In short, there is less control over how much using steel will cost. An increased dependency on imports means more exposure to global price changes and exchange rates, leaving the UK price for steel “much more volatile, which means it’s much more difficult planning projects in advance especially when they’re large infrastructure projects. You have to price in that risk.”

He adds: “It’s not that it’s likely to stop projects from going ahead, it’s that it slightly changes the financial viability. It also increases the risk because by having less steel production in the UK what you’re doing is hindering the supply and the security of steel which you need for commercial and infrastructure projects in the long run.”

And Gareth Stace, the director of industry body UK Steel, warns: “Any further erosion of capacity risks the construction sector having to go further afield which risks loss of UK supply.”

Simon Rawlinson says the current crisis might have some long-term benefits such as reducing waste, cutting back on over-specification and innovation in off-site construction.

Writing in Building last week, Rawlinson spelt out what could happen in the future: “Innovation in off-site construction, additive manufacture and the promotion of a circular construction economy could all help reduce to reduce waste and streamline the use of materials.”

This chance to rethink the use of materials would certainly be welcome - but it’s a long-term and uncertain benefit to what in the short term is a very real problem.