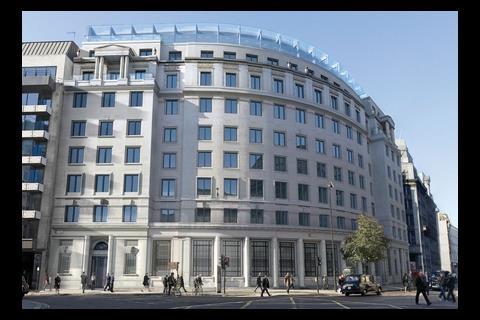 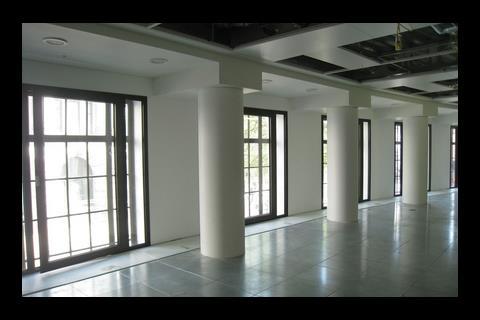 Improving the performance of old windows is a key part of the strategy to upgrade the UK’s inefficient building stock. But how best to go about it? Thomas Lane made inquiries

Thermally upgrading single glazed windows is never easy, but when the windows in question are 2m wide by 4m high, and made from bronze, the task becomes almost impossible. This was the challenge facing architect Fletcher Priest when it was asked to turn a redundant office block in the City into an office fit for the 21st century.

The building, which is next door to the Bank of England, was built in the fifties. The plan was to redevelop the site by constructing new offices behind a retained Portland Stone facade. Although the building wasn’t listed, the planners didn’t want the architect to alter its exterior. “It’s part of the Bank conservation area and the City of London saw it as important owing to its context,” says Martin Edwards, an associate at Fletcher Priest.

Edwards says the building had unexceptional steel windows from the first floor upwards. The big money was reserved for the bronze units at ground floor level as these were in the public eye, externally and inside the main banking hall. The building also has huge bronze entrance doors weighing nearly a tonne, which also had to be retained. The steel windows have been replaced by high-performance aluminium but the bronze doors and windows had to stay.

The building’s historic links weren’t enough to exempt it from Part L of the Building Regulations but there was no way single-glazed, metal-framed windows would ever meet its requirements. The glazing bars weren’t deep enough to accept double-glazed units and replacing the windows with modern, high-performance copies was too expensive. What’s more, taking the windows out risked damaging the surrounding stonework.

The obvious solution was to install secondary glazing behind the original windows to bump up the thermal performance of the facade. But Edwards says there wasn’t a secondary glazing system that would cover the windows using a single pane of glass. “It was important there wasn’t too much visual clutter when looking into the building from outside,” says Edwards.

The solution was to use an external window internally. This had the advantage of being a high-performance, double-glazed product made by Oskomera with an overall U-value of 2.2W/m2K. It covered the whole area of the original window. The really clever bit was the decision to fix the system to the face of the internal wall rather than fitting it inside the window reveal. This meant it was easier to source a product, as it didn’t have to fit inside the reveal. It also meant the secondary glazing butted up against the solid wall insulation used to upgrade the thermal performance of the Portland stone walls. Finally, it eliminated the need to insulate the sides of the window reveal, which would have reduced the amount of light entering the building.

This solution meant the original windows were effectively outside the thermal line of the building. Fletcher Priest was concerned that moisture could get trapped in the 250mm deep void between the original windows and the secondary glazing and condense on the cold glass surfaces. Computer modelling was used to predict whether this would happen, and fortunately “it showed the risk was very low – a frequency of once every five years”, says Edwards. “We put some weep holes in the top and bottom of the original frames to ensure there was air flowing through the void.”

Because the ground floor was originally a banking hall, the bottom of the windows were 1.5m above floor level so Fletcher Priest specified lightboxes under the windows to give the impression that they were deeper than they actually were.

Originally there were three steps up into the building but these were taken out to comply with accessibility requirements of Part M. The original bronze has been matched and the doors extended at the bottom to fill the gap. The building is now finished and is proof that attractive but inefficient fenestration can be brought up to scratch.

A study entitled Research into the Thermal Performance of Traditional Windows: Timber Sash Windows, published by English Heritage, shows it is possible to improve the performance of these windows using traditional methods, rather than replacing them with double-glazed units. Tests were conducted using an old timber sash window. The idea was to simulate real life conditions so the window was sandwiched between two chambers; one was kept at 2ºC to simulate winter conditions, the other at 22ºC. Pressure differentials between the two chambers were also set up to test air infiltration. The window was tested in its as-found condition, after repair, and after draughtproofing. It was also tested with heat retaining barriers including curtains, shutters, blinds and secondary glazing. The window and frame had an overall U-value of 4.3W/m2K. Adding thick curtains reduced this by 41%. Other measures brought the window performance into line with the requirements of Part L: a reflective roller blind improved performance 57%, well-fitting shutters or secondary glazing by 58%. Draughtproofing had a dramatic effect, reducing air leakage from 183m3 an hour at 50Pa to 26m3/hr. Secondary glazing cut this to just 8m3/hr at 50Pa.