Imagine this: money is no object and you’re tasked with introducing infrastructure projects to improve cities and regions across the UK. What does the country need? Jamie Harris asked the construction sector to come up with some ideas, and here are 10 of our favourite submissions – from the wonderfully fantastical to the brilliantly practical 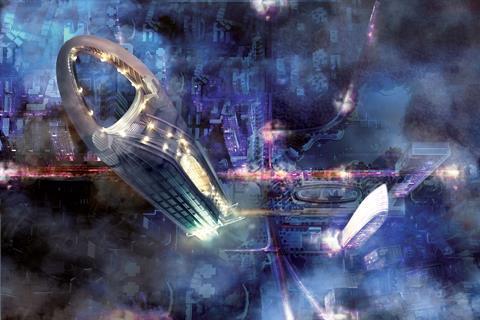 Seen through x-ray, all skyscrapers are virtually indistinguishable: generic extrusions around a vertical core. The constraint responsible for this uniformity is the traditional lift shaft – a lingering vestige of a bygone technological era.

The problem with the lift is that it only goes up and down. This leaves the shaft unoccupied most of the time, making it one of the most expensive, underused and inefficient pieces of real estate in the world. This fixed, two-way configuration is unlike most other transport systems, which are one-way and use multiple lanes, tracks and switches to provide multidirectional traffic.

SkyPod is PLP’s alternative to the lift. Instead of going up and down, SkyPod would allow multiple cars to travel multidirectionally. To make this possible SkyPod relies on a venerable piece of infrastructure – a track – on which cars climb the outer surfaces of buildings, propelled through linear induction. Unlike the rigid movement of a lift, SkyPod works like a gyroscope: cars travel up, down and sidewise and can rotate to conform to any building geometry – leveraging the same dynamic digital stabilisation systems used by high-speed trains.

Liberating vertical transportation from the central core to the exterior of the building has the potential to radically transform the way we move within our cities and will open up opportunities for unprecedented urban and architectural forms. 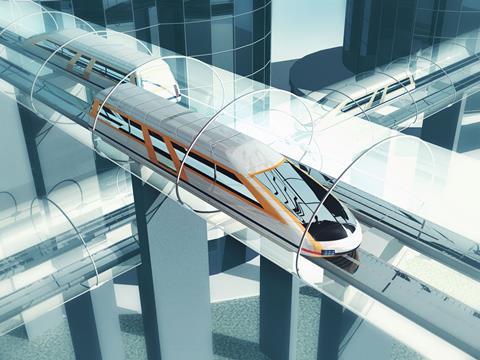 2  A hyperloop for the north

High Speed 3 has been debated at great length, but why should it limit how we envisage the future of infrastructure in northern England? I am particularly interested in initiatives that improve the connection of our northern cities – such as Manchester, Liverpool and Leeds – and that could be just the start of a self-supporting “supercity” network of great, but currently ineffectively connected, cities. As once the north led the world through industrialisation, it should be bold enough to look beyond the norm now and once again embrace pioneering technological innovation.

A hyperloop that spans the width of northern England has been mooted before by a team of engineers, architects and consultants; it would have a top speed of 670mph. I firmly believe we should remain open-minded about their ideas and other seemingly ambitious plans.

A much-needed rebalancing of national infrastructure investment could unlock the huge potential that comes with greater connectivity, with opportunities to link a series of underlying green spaces along the routes that unlock the countryside as well as urban centres. Only together and through this kind of joined-up thinking can northern cities compete once more on a world stage – and, in doing so, relieve their reliance on the capital and the south in general for economic growth. 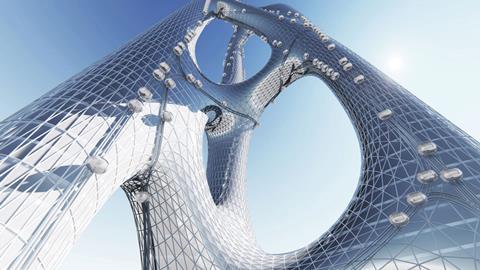 Solving one idea is good, and linking two ideas is great, but when three ideas can be linked the benefit is exponential. Green infrastructure to target flooding, our poor rail infrastructure and our housing shortage all in one does this.

But how? If we look at successful flood defence projects, such as the natural flood management scheme delivered in Pickering, North Yorkshire, it shows that the reduction of flow upstream can greatly alleviate flooding downstream.

My concept would be to create a sympathetically designed railway line. The line would follow a river, such as the Thames – creating cuttings through its tributary valley ridges and embankments in the valleys. These would hold back the flow during peak weather events and store piped, gravity-fed upstream water temporarily.

The government could fund this by purchasing the land at arable land values and legislating to relax the planning rules. This would allow residential development on the tributary ridges and higher ground and create opportunities for floating housing schemes.

The government would receive the planning uplift – potentially a hundredfold increase. Not only could this approach alleviate flood risk, but it could also create new rail links, while solving the housing crisis. 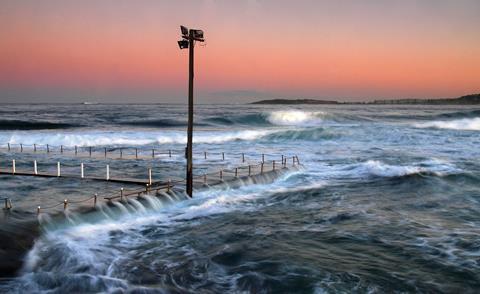 Could unlocking the Swansea Bay Tidal Lagoon be the best single initiative to help achieve the government’s aims to improve the UK’s productivity and quality of life in a post-Brexit world?

The government should reconsider its decision not to back the scheme. Even if its calculation that the lagoon would cost the average British household an extra £700 between 2031 and 2050 is correct (and Tidal Lagoon Power chief executive Mark Shorrock says it is not), this shrinks into insignificance by comparison with the subsidy given to wind, and would kick-start an industry, argues Shorrock. Future lagoons are planned to generate many multiples of the kilowattage that Swansea Bay promises and deliver huge economies of scale, so the government view that such schemes would not meet value-for-money requirements is very short-sighted.

The benefits to the Welsh economy during the lagoon’s construction and in each of its 120 years of operation would be significant. More importantly, this pathfinder project would pave the way for the technology to be rolled out in a series of larger-scale projects that would deliver geometric economies of scale and contribute significantly to meeting national demand for renewable energy. Given that tidal flows (unlike wind) are reliable and entirely predictable, this be a game-changer that would put the UK’s reputation for groundbreaking engineering back at the top of the international tree.

The technology is tried and tested, and the benefit of reliable, clean energy is incontestable, but inevitably in a pathfinder project there are risks that need to be managed, among them potential impacts on the coastline and marine life. A go-ahead from the government for this project would have been a vote of confidence in the ingenuity of civil engineering consultants, contractors and environmental scientists to find solutions to such issues and to deliver the benefits that tidal energy promises. 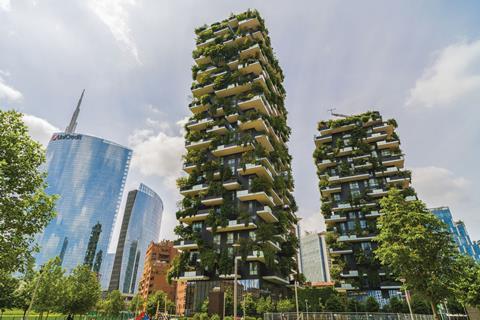 Let’s clad our urban infrastructure – all of our big concrete – in green walls with irrigation, returning clean air to our cities. This concept is presently being developed in contemporary building design but could be used to deliver sustainable solutions in high-density urban environments on a huge scale. 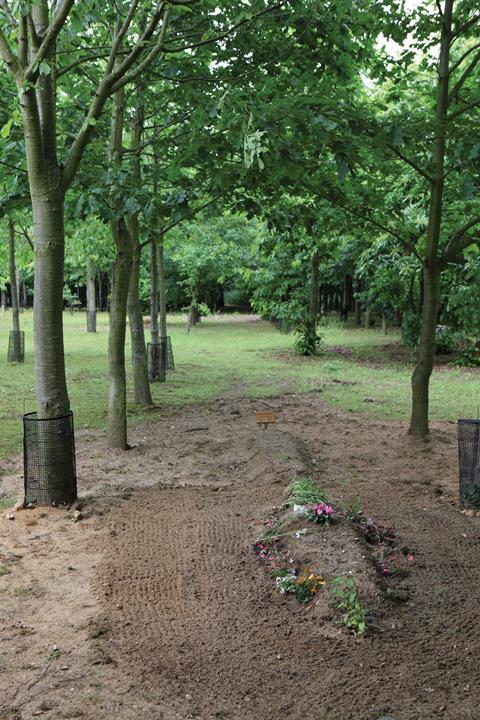 Up to one-quarter of UK towns are predicting they will run out of burial space within 10 years. What are the options? Urban burials, giant mausoleums, aerial ash scattering? The creation of memorial woodlands and meadows or the reuse of parks and green open spaces could help solve the problem of cemetery shortages, while helping to alleviate poor air quality and heat island effects, while recycling rainwater and enhancing green space. There is also the possibility to join up urban forestry initiatives and promote the growing choice for natural burials that are kinder to the environment and a fast-growing burial option of choice. 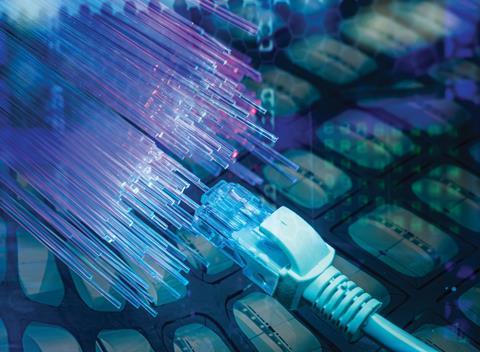 7  Super-fast broadband for every household

Top of our UK infrastructure wish list is the provision of super-fast broadband to every UK household. Singapore has sprinted to the top of the league table with an average speed of 55Mbps.

The UK? We amble along at a lethargic 16.5Mbps, ranking 31st in the world, far behind most other European countries. In 2017, Ofcom reported that more than a million UK homes could not get sufficiently fast broadband to meet typical needs. So our wish is to provide super-fast internet to all, within the next 12 months. This would deliver three crucial benefits.

The UK government promised to provide a legal right to high-speed internet of 10Mbps by 2020, which according to Ofcom, is the “minimum” that a typical household needs. Why stop there? Our wish is to overtake the likes of Singapore – it’s about time this tortoise got its running shoes on. 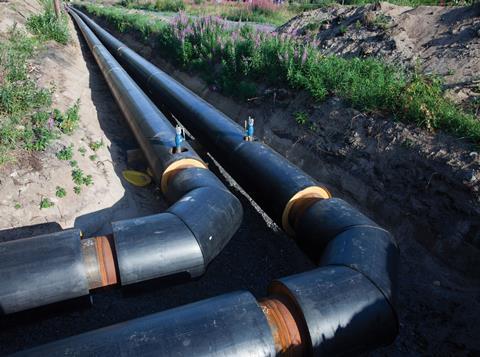 8  District heating in every city

Equipping UK cities with a district heat network would benefit asset owners and occupiers, as well as attracting inward investment.

Just 2% of UK homes and buildings are connected to a district heat network, in stark contrast to the Nordic countries, where the figure is above 60%. These schemes use a network of underground pipes to deliver heat from one centralised source to multiple buildings, creating economies of scale, which can reduce energy spend by as much as 30% while cutting carbon.

There are also significant spin-off benefits for building design and development. Being connected to a low-carbon heat source gives developers more options when designing new-build schemes. With no requirement for on-site plant, they can increase lettable space. The low-carbon credentials from the building will also allow greater flexibility in terms of materials – such as the ability to use more glass to promote employee wellbeing by boosting natural light, or improving natural ventilation to further reduce energy consumption.

For example, Leeds city council, Vital Energi and Sweco are currently progressing one of the UK’s largest district heat networks. It will convert steam generated at the Leeds Recycling and Energy Recovery Facility into hot water and distribute it along a 16.5km network in order to heat social housing and council buildings.

If this was extended out to connect with the prime development sites along the city’s Southbank, it could have a major impact on attracting investment and bringing new commercial schemes forward.

By replicating this kind of ambitious project in other key UK cities, we can lower the carbon footprint of the built environment and kick-start activity at key development sites. 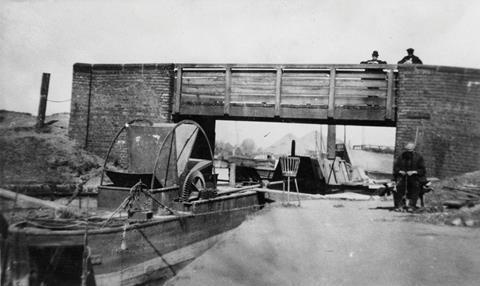 Utilising and augmenting the UK’s canal network to transform it into a series of green infrastructure corridors would be a transformative investment, linking green spaces to urban centres while encouraging the expansion of utility infrastructure alongside canals.

As well as stimulating growth of new water, wastewater, gas and power infrastructure, it would enable broadband providers to develop their infrastructure along the canals, enhancing connectivity in a more environmentally friendly and aesthetic manner. This would allow developments to be built with ready-made utility connections, acting as a powerful catalyst for housing and community regeneration projects.

In addition, the redevelopment of the canals could also reactivate the possibility of using this network as a means of transferring water from the north of the UK to the south as well as acting as the catalyst for greening cities. 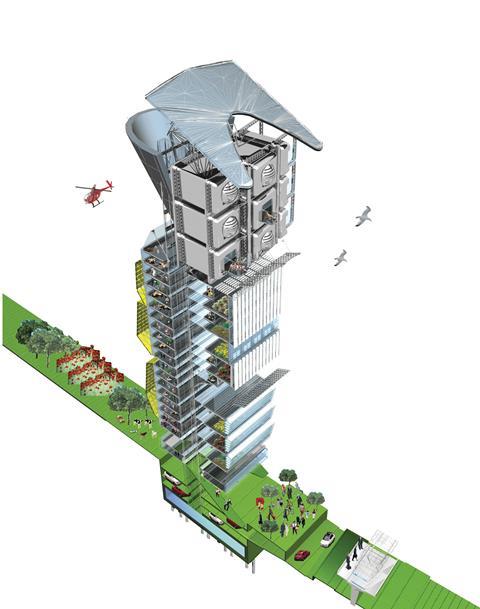 Phototrophic Interseasonal City is a concept I came up with originally with Manchester in mind. It aims to replenish the  community with a sense of identity by knitting together the existing urban fabric of a currently heavily fragmented city, incorporating retail, offices and residential into a single building. Encouraging people back into an area through regeneration promotes a more sustainable future. Each building would be reaching, stretching and twisting in every direction in order to compete with adjacent buildings for sun and essentially energy, a phototrophic forest. Each multistorey building acts as one sustainable entity in terms of energy production.

Do you have an idea for UK infrastructure? Email building@building.co.uk with the subject line “infrastructure wish list”, stating your idea, how it works and why it’s needed (in no more than 250 words).