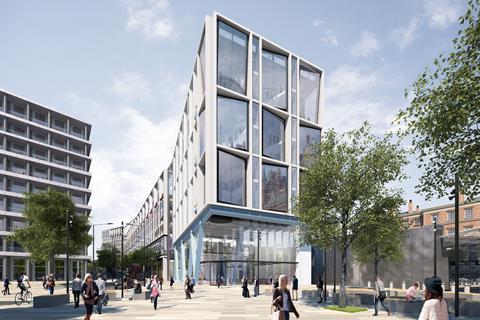 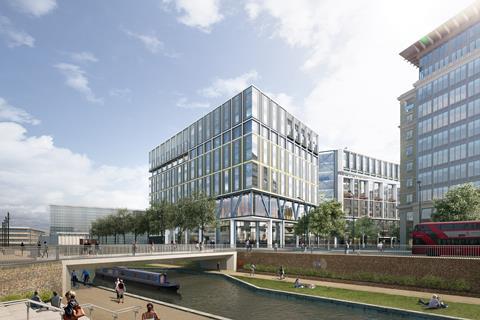 The 1 million ft2 building is the centre piece of the 67 acre King’s Cross development and features 725,000 ft2 of office space and 50,000 ft2 of retail space at ground level.

A steel frame and cross laminated timber will be used for the internal structure of the building, which Google said was a first for a building of its size, to make it more sustainable. The firm is hoping to achieve both BREEAM Outstanding and LEED Platinum sustainability certifications.

The external design will include steel columns, pre-cast concrete panels and low-iron glass and painted steelwork.

In March, Building revealed Bam Construct had won the £300m main construction contract for the project beating Carillion, Skanska, and Balfour Beatty to the job.

“The architectural approach, which has taken inspiration from King’s Cross and St Pancras International railway stations, complements the local area’s strong industrial heritage and will be a building London can be proud of.”

The project, which is being built by contractor Bam Construct, is expected to generate 1,500 construction jobs.

Davis Langdon is acting as consultant on the project, which is being developed by Argent.