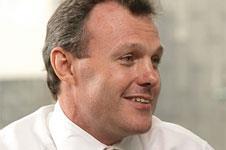 ISG has announced a raft of contract wins totalling around £100m.

The contractor has been appointed to build £22m of projects for the Cleveland Fire Authority including four fire stations and a new headquarters building.

It has also been appointed to build a 110,000ft2 Tesco Extra store in Rotherham worth around £19m.

The firm was appointed to a £16.5m job to build a leisure complex in Swindon including a six-screen cinema, eight restraints and a Morrison’s supermarket.

Plus, the firm has already started work on a £16m redevelopment of the New Theatre Royal in Portsmouth, including new education facilities for the local university.

Lastly, the firm has secured the contract for a clutch of smaller public sector schemes across Lancashire valued at around £7m under the North West Construction Hub framework.

He added: “Our focus on securing additional public sector framework appointments and business from repeat customers is proving successful.”