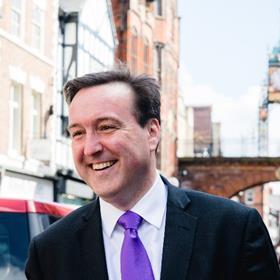 A shadow cabinet minister has called for construction firms that have been involved in blacklisting to be banned from bidding for work on the £4bn restoration and renewal of Parliament.

Speaking as part of the debate for the second reading of the Parliamentary Buildings (Restoration and Renewal) Bill 2017-19, which took place in the House of Commons yesterday, Labour MP Christian Matheson, a shadow Cabinet Office minister, said the project presented an opportunity to show Parliament was opposed to the practice.

He said: “We must send out a clear message. This is a prestigious project and companies that have been involved in blacklisting construction workers will not be welcome to submit bids.

“I shall be pressing the simple case that any construction company that is found to be associated with blacklisting workers and has failed to accept their wrongdoing and compensate those workers for that treatment should be publicly excluded from bidding from these prestigious contracts.”

READ MORE: Government refuses place at the table on parliament restoration board

Matheson (pictured) said Sir Robert McAlpine's appointment to carry out a £61m restoration of Elizabeth Tower (pictured) had caused “consternation because they had been up to their necks in blacklisting”.

Last week seven contractors, including McAlpine, agreed to pay more than 50 workers close to £36,000 each in compensation after Unite settled its case against firms who blacklisted workers.

Balfour Beatty, Costain, Kier, Laing O’Rourke, Skanska UK and Vinci joined McAlpine in reaching an agreement with the union which will see them shell out £1.9m in compensation to 53 workers.