Bellway revenue surges 14% in first half 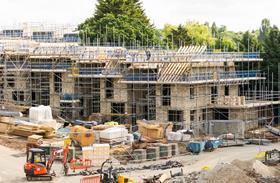 Bellway has seen revenue jump 14% during the first half of its financial year, with completions up 6%.

The average selling price (ASP) rose by almost 7% from £256,140 to £276,000 as a result of investment in higher value locations, where it said stronger demand and robust pricing has influenced land acquisition over recent years.

Overall ASP has been boosted by the completion of its first 53 homes from its flagship development at Nine Elms in Battersea, where the ASP was £562,000.

The firm said the housing market remained strong in spite of the decision to leave the EU. It also plans to open a new division in Scotland.