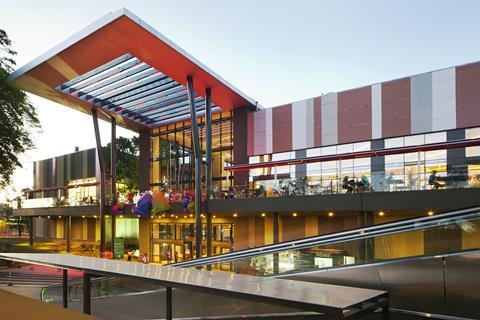 A $29m (£19m) shopping centre designed by Broadway Malyan has opened in Argentina.

Broadway Malyan Director Jorge Ponce Dawson said the design concept for the project, which was an extension of a former mall on the site, had been inspired by nature in the local area.

“Our expert design team has worked in close partnership with long-standing client Carrefour to deliver its first shopping centre in Argentina, which is also our practice’s first built project in the Americas – having opened studios in Santiago, Chile, in 2013 and São Paulo, Brazil, in 2011,” he said.

“The design concept is inspired by the natural environment and large trees that surround the centre.

“It features large windows, terraces, skylights and courtyards to integrate the exterior and interior environments and create a bright and engaging experience for visitors.”