An underground station at the Manchester terminus of HS2 was ruled out because it would have cost £5bn, transport bosses told MPs this week.

The idea had been backed by Manchester City Council leader Bev Craig and Greater Manchester mayor Andy Burnham but was kicked into touch by transport secretary Grant Shapps last month because of its eye-watering price tag.

The news was revealed as the project’s boss Mark Thurston revealed that the cost of dealing with protestors on the scheme could hit £200m by the time it is completed. 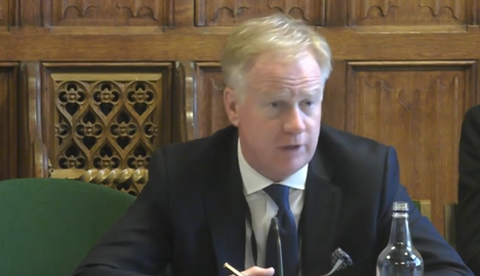 The Public Accounts Committee heard for the first time what the expected cost of building a new station underground in the middle of Manchester would have cost.

Clive Maxwell, director general of the High Speed Rail Group in the Department for Transport, said the proposal was too expensive to get off the ground.

He added: “I think the estimates we had were up to £5bn extra for that station [at Piccadilly], so the department, ministers and the government took the view that that was not the right thing to do, and that instead a surface station with a turn-back facility should be used, allowing trains to go in one way and come back out the other way.”

He said the digging necessary to create station would have cost “very large sums of money” and caused “huge amounts of disruption in central Manchester”, adding that the benefit of leaving the surface free for alternative development outweighed the huge cost.

The committee was also told that HS2 expects to spend £200m, more than half of the money set to be spent on the new £370m Interchange station near Solihull, dealing with protestors by the time it is finished.

Thurston said: “We are at about £122m spent to date, all up, in terms of the impact of protestors. Our forecast is that that will probably be somewhere between £150m and £200m by the time we are finished.”

He told MPs the scheme was buying up more land than it need to so it could create an exclusion zone around its sites. He added: “We have become, I guess, more sophisticated ourselves in trying to deal with this, with things like taking slightly more land than we might otherwise need to make sure that the protestors do not get close to our sites. We have seen tunnels and structures and other things get constructed - very unsafely, frankly - as well as some of the behaviour we have had to put up with.”

>>> In pictures: how Align JV is building the UK’s longest rail bridge, one piece at a time

Thurston said the project had been able to absorb the cost of the pandemic within its £9.9bn contingency provision.

Committee chair Meg Hillier said the contingency drawdown had increased by £500m since the previous update but Thurston said a “more lumpy” draw on contingency was to be expected in the early stages of the project.

Maxwell added later: “The big bulk of work at this stage is around the main works civils and the mobilisation of those.

“That is the most expensive part of the programme in many ways, so you might expect a disproportionate amount of contingency to be drawn relative to that.”

Thurston said contingency costs relating to the pandemic amounted to between £100m and £150m, with a further £400m of indirect costs on top.

Thurston said their forecasts suggested they could deliver the project within the currently allotted contingency funding and added that HS2 Ltd did “a lot of work with our supply chain to find efficiencies and other cost-saving opportunities” to offset emerging cost pressures.