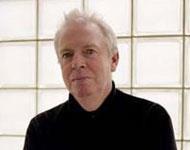 The biennial award is the official European Union prize for contemporary architecture, and the architect of the winning building walks away with €60,000. Previous winners have included Foster + Partners, OMA and Zaha Hadid.

The other British architects on the list of 370 are:

As well as a cash prize, worth £56,230 with today’s exchange rate, the winner also receives a sculpture of Mies van der Rohe’s German Pavilion in Barcelona. Five architects will be shortlisted in April, with a winner announced in May.