Consultant of the year (100-plus staff) 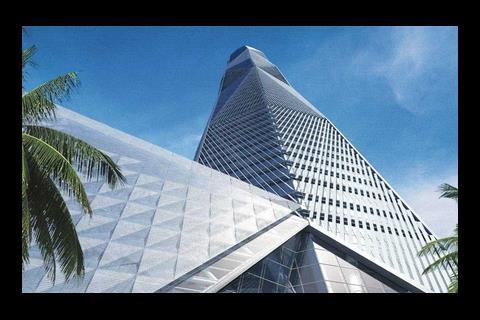 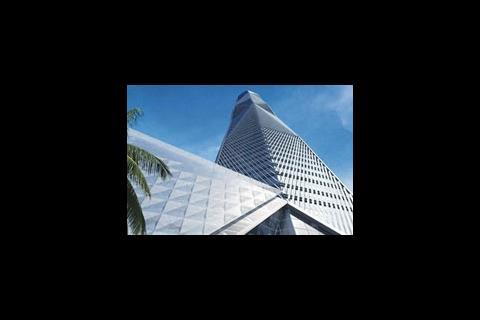 Davis Langdon’s winning streak has finally come to an end, thanks to a performance by Cyril Sweett that the judges said created new benchmarks for the whole profession

“Good financials, client focused, strong submission, great work, good on sustainability, challenging the norm and pushing the boundaries.” That is the highly abridged explanation of why the judges picked Cyril Sweett as the cost manager of the year. Let’s put a little flesh on those bones, beginning with the financials. In retrospect, most people would say this firm’s decision to list on the stock exchange wasn’t done at the ideal time, and indeed its profit did take a knock. But what stands out from the figures is how the whole team rallied to meet the threat: so whereas in 2007/08 each full-time employee was responsible for about £88,000 of work, the following year that went up to £125,000 – a remarkable increase in productivity, and one that will poise the firm for the upturn, when it comes. Now let us turn to the client-focused point. When AWG wanted to build a £55m office in Ocean Point, Leith, Cyril Sweett managed to reduce its overall cost 20%, which is all that any client could ask of its cost controller. As for challenging the norm, this firm has come up with the concept of “investing in the recession” by, for example, opening an office in Saudi Arabia and promptly winning the tallest tower to be built there. And lest we forget sustainability, how about its work for the government on the implications of zero-carbon homes and its successful delivery of the biggest geothermal scheme in Europe at the King’s Mill and Mansfield hospitals?

The judges awarded Ridge a highly commended on the basis of an “impressive submission with a fresh approach that addressed the real needs of the market”. Space permits only one example of this: Renault’s Formula One testing facility in Oxfordshire: A precision-engineered, high-tech structure that was delivered in less than 12 months from planning to completion. This ability is also reflected by Ridge’s relative position in the sector: it has risen from 67th to 48th in Building’s list of the top 250 consultants

Davis Langdon’s progress to the rostrum has been interrupted this year, although it took a strong performance by Cyril Sweett to do it. Nevertheless, this firm still put on a dynamic performance in the teeth of adversity. It has grown in the infrastructure, energy and industrial sectors, increased the productivity of its staff and helped its clients achieve the 30% improvement in cost, quality and time needed to make schemes viable in the recession. On the way it has assisted at the birth of remarkable schemes, such as Chatterley Valley, the UK’s first carbon-positive logistics centre.

In times of adversity, the best firms dig deep into their resources. In F+G’s case that has meant making all its staff aware of the need to win new clients, and it has helped them to do this by rolling out its comprehensive “Bid to Win” training programme. At the same time, of course, existing clients must be pampered, and to this end F+G surveys about 100 of them each year, and then acts on what it learns from them. So far, it has achieved a satisfaction rating of 84%, which is pretty good when you consider that the industry average is 55%.

If necessity is the mother of invention, then she isn’t a particularly good mother, but the inventions are worth having all the same. In F+A’s case, they include the first ever price book to contain estimated values for carbon emissions from construction activities, which will offer firms the ability to combine whole-life costs and carbon estimation. It has also prompted the firm to push the somewhat unfashionable partnering agenda: indeed 41% of its staff are based in client or site offices.

It is probably the £200m Northampton Schools PFI that best demonstrates the abilities of this firm. A school is a difficult project at the best of times: a multitude of stakeholders, a multitude of regulations and inflexible deadlines all put pressure on the project and cost management teams. Well Gleeds delivered 41 of them, 23 of them early, and with 17% lopped off maintenance costs – despite £4m worth of variations.

This firm is recognised as one of the best employers in any industry, construction or otherwise. Why? Well for a start it’s one of the few firms that has managed to maintain employees’ benefits, salaries and bonuses throughout the recession. And of course it also offers those staff the chance to work on exciting projects: London 2012 anyone?

Even T&T’s bitterest rivals acknowledge that it is a class act, and this was demonstrated by its performance in 2009. Of all its activities, the one that stands out, metaphorically and literally, is the London Bridge Shard, which it helped to get going despite a commercial market that was struggling to support the construction of a tree house.