Currie & Brown has been landed a host of roles on a £15m medicines centre near Glasgow. 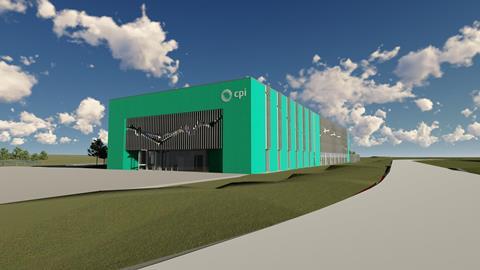 How the centre will look when built

Spearheaded by the Centre for Process Innovation and Strathclyde University, the centre is being funded by pharmaceuticals firms AstraZeneca and GlaxoSmithKline along with UK Research and Innovation and Scottish Enterprise.

It will be built at the Advanced Manufacturing Innovation District Scotland, a developing 52ha campus for cutting edge facilities next to Glasgow Airport.

Currie & Brown has been chosen to act as project manager and quantity surveyor and provide clerk of works services on the scheme.

The consultant’s contract is worth £268,610 and is set to run for three years.

According to a contract award notice published to the Official Journal the consultant will manage the other consultants and the design and build contractor.

Interserve has been confirmed as the preferred bidder to build the project.

A spokesman for Interserve said a final decision on the contract, which will be Interserve’s first job on the campus, is set to be made within the next month.