5
Dawn of the shed
News

Dawn of the shed 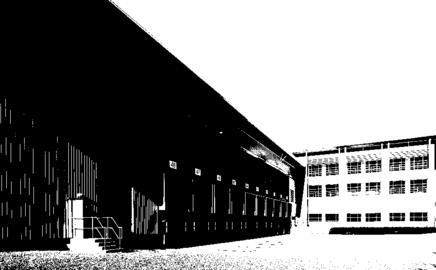 There’s something nasty lurking in the industrial wilderness, but it’s nothing that a bit of natural light and rainwater harvesting can’t sort out. Chris Wheal reports on the greening of the nation’s distribution centres

When you think of green buildings, it’s fair to say you don’t immediately picture a big steel shed. Sheds, almost by their very nature, are poorly insulated, dark and cold, and therefore use up huge amounts of energy during their operational lives. But out in the industrial wilds, developers have been making great strides to reduce the environmental impact of these behemoths.

The imperative for this change comes from both the retailers and from the shed developers themselves: the former because they are facing increasing consumer pressure to green not just their stores but their entire property networks; and the latter because they know that going green will make properties more lettable.

“Certain developers have been leading the way,” says Layne Mercer, a partner with property adviser GVA Grimley, “but the change has also been driven by the retail sector. They have a public face and have to sustain their environmental credibility.”

Two shed developers that have been working with the cream of the retail sector are Prologis and Gazeley. Prologis, whose clients include Sainsbury’s, Tesco and Marks & Spencer, has for the past three years commissioned Nottingham University to measure the carbon impact of all of its buildings, and calculate how much carbon has been saved. The target is generally a 50-60% reduction on previous designs. Gazeley, which works with Asda, John Lewis, Woolworths and Walmart, started looking at how it could make its developments greener in 2003. It divided its targets into three categories: quick wins, possible achievements in 12-18 months, and finally for technologies and materials that could be incorporated over time.

In a traditional shed, the proportion of the roof that lets in natural light is usually lower than 10%. By increasing that to 18%, according to Ken Hall, managing director of global development at Prologis, the need for artificial lighting is reduced or eliminated altogether. When building from scratch this change costs nothing. To supplement natural light, Gazeley uses T8 low carbon fluorescent lighting, daylight dimming and motion detectors to turn lights off when nobody’s around. These factors can knock a third or more off energy use.

Even though sheds can be chilly, drafty places, Gazeley has actually lowered the ambient temperature in many of its buildings. It typically redesigns the heating system to circulate smaller amounts of warm air more efficiently. The ambient temperature is lowered from 16°C to 13°C, but heaters are fitted with jet nozzles to force warm air round, making it feel warmer.

The introduction of thermostats also means that the heating is only used when required. “In an old building, the heating would have been on 24/7 regardless of whether anyone was there,” says Jonathan Fenton-Jones, its global procurement and sustainability director. Introducing automatic door closing and setting strict rules for door operators to ensure doors are closed faster and more often between loadings and unloadings has also reduced the time that heaters need to be on.

In rainy Britain, a building with a massive roof area can easily collect enough water to flush toilets and other “grey water” uses that don’t require drinking-quality water. Gazeley built a £70m shed for John Lewis in Milton Keynes that included 20m2 storage containers built into the roof. These can collect 800,000 litres a year enough to flush 500 toilets a day.

It also ensured the land immediately outside was permeable so that rain was absorbed, and didn’t run into drains. This reduced the demand on local sewerage and drainage systems and, further away, at water treatment plants. And for the client, this means cheaper water and sewerage bills.

The buildings themselves remain steel framed, but Hall says Prologis buys carbon-neutral steel offered by Corus (the carbon-intensive production process is offset, rather than eradicated). Any timber used is always sourced from sustainable sources certified by the Forest Stewardship Council.

The design of the sheds themselves is changing though. Offices, often an afterthought in earlier sheds, are now carefully positioned in a long, thin line down the outside of the building so that each can have windows for natural lighting and be self-ventilating to avoid air-conditioning.

As for on-site renewable energy sources, everyone agrees that there’s no point unless the sums add up – all important in the cut-throat world of retail. Gazeley used photovoltaic panels but decided against incorporating a wind turbine into the shed it built for John Lewis. Steve Mitchell, lead sustainability director with property consultant Colliers CRE who advised John Lewis on the development, says that it just didn’t stack up. “These things do come at a price, and we couldn’t see the benefit compared to the cost. We spent the money on other things,” he says.

And, as Hall points out, on a small scale, the impact of a lot of these technologies is more visual than environmental. “We are against microgeneration. It makes good photographs but it doesn’t work in any meaningful way,” he says, although he adds that he’d consider larger scale turbines if planners would allow them.

“At 1MW, wind turbines start to become economical. You can make a 14% return over 20 years,” he says.

Gazeley is also looking at a larger-scale project across several sites to generate economically viable energy from renewable sources. It intends to put in several larger wind turbines on a park with a few large distribution centres to generate electricity for the whole site.

But it still comes back to economics. At the moment, developers argue that there just aren’t the incentives to make renewable energy an appealing option in this country. Prologis says that in southern Europe it will fit solar panels, not just because of the extra sunshine but because the energy regime encourages it, and will buy the excess energy produced at a good price.

In Denmark and Germany, the incentives encourage wind turbines. “In some European countries we can sell energy at 50 cents a KWh and buy it back at 20 cents,” explains Hall.

So, until financial incentives for renewable energy are introduced, the makeover of the humble shed will be a discreet one, with little evidence to the naked eye. But increasingly, they are, if not beautiful, then certainly admirable on the inside.