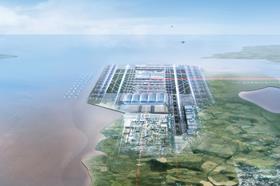 A new hub airport in the Thames estuary, backed by Foster + Partners and the mayor of London, would produce almost two-thirds more carbon emissions over its lifetime than the option of expanding Gatwick and Stansted, an analysis claims.

The study, carried out by the respected consultant Sturgis Carbon Profiling, compares the so-called Constellation airport plan - which involves adding an extra runway to both Gatwick and Stansted and improving transport links with central London - with the main rival schemes submitted to the ongoing Davies Commission into aviation capacity.

It looked at both construction and in-use carbon emissions and found that the Constellation scheme - drawn up by architect Farrells - was the best performer and that the four-runway “Thames Hub” plan drawn up by rival firm Foster + Partners for the Isle of Grain in the estuary was the worst.

It claimed the estuary scheme would emit 63% more CO2 than the Constellation option - or 43 million tonnes of CO2 - over a 35-year period despite meeting “the same capacity and demand”.

However Sturgis’ work - which has been submitted to the Davies Commission - was commissioned by Constellation-backer Gatwick, sparking immediate claims of a conflict of interest from Foster + Partners.

The report said: “The construction of the new estuary airport would emit 34 million tonnes of carbon dioxide equivalent (CO2e). That is more than five times more CO2e than building the Constellation airport … and more than the annual carbon emissions of New Zealand.”

Turning to the carbon emissions of the airports in use, it claimed that the greater distance between the estuary airport and London meant it would emit 500,000 tonnes of carbon emissions - or 25% - more per year than the Constellation project.

Founder of Farrells, Sir Terry Farrell, seized on the findings, telling Building he is convinced that the estuary scheme is environmentally unjustified.

He added: “The key to the success of the constellation solution is to recognise the value of existing infrastructure from an environmental as well economic perspective.

“The integrated and multi-airport constellation solution builds on spare capacity at Stansted and Gatwick and relieves pressure on Heathrow.”

Mayor Boris Johnson is not directly backing Fosters’ particular scheme but favours a Thames estuary solution. The mayor’s chief advisor on aviation, Daniel Moylan said: “The damning weakness of this analysis is that it only considers a partial snapshot of associated carbon emissions.

“But among many other hugely challengeable elements are that the authors have failed to address differences in aircraft operation emissions between airports; they have failed to recognise that construction only constitutes a fraction of the emissions from aircraft operation, and the scope for a new airport to incorporate the latest technologies to improve energy efficiency; and they have severely underestimated the scale of new infrastructure required to support access to a two-runway Gatwick and Stansted.

“The authors claim that the most energy efficient option is not always the most obvious; however, their analysis conceals it entirely.”

A spokesperson for Foster + Partners said: “This report was commissioned by Gatwick airport and therefore we would expect it to look favourably on their proposal.” 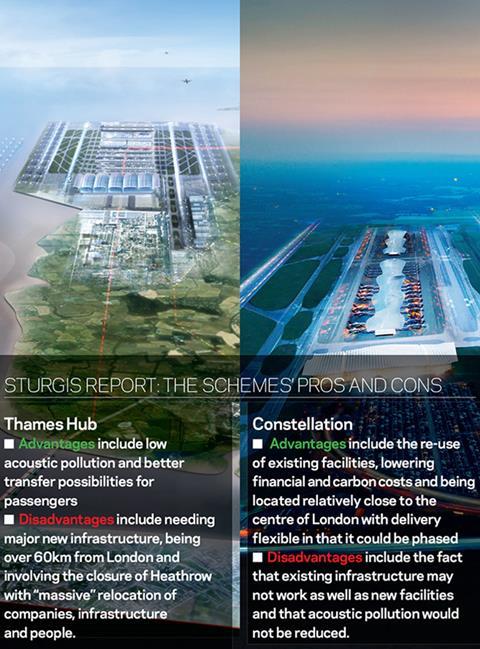