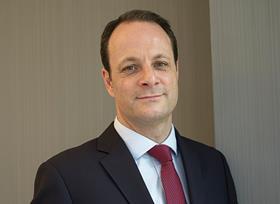 Mursell (pictured) left earlier this month after four years in the top job, with Kier promising his replacement would come from outside the company.

The early favourite for the role is former Wates boss Andrew Davies – who had been due to become chief executive at Carillion last January, only for the firm to go bust a week before he was set to start.

READ MORE: What went wrong at Kier and how can the next boss turn things around?

Cenkos analyst Kevin Cammack said: “The City’s assumption is that for anyone to do [the rights issue] at that time, they do it out of panic.”

The offer was not fully taken up, leaving City institutions to pick up the slack. “[They] will have needed to send a message someone has to pay for this,” he added.

In a statement, Kier said: “The rights issue was required following a change in market sentiment.”