Crossrail is increasingly at risk of missing its target to start trial running trains through the key central section of the route next February, the firm keeping tabs on the scheme for the government has said.

Jacobs has been the Department for Transport and Transport for London’s (TfL) project representative for a decade but since news of the project’s delay first emerged last summer it has been asked to step up its scrutiny role.

The US firm has now told the department and TfL that it will be an uphill battle for the railway to start the next phase of testing by Valentine's Day. 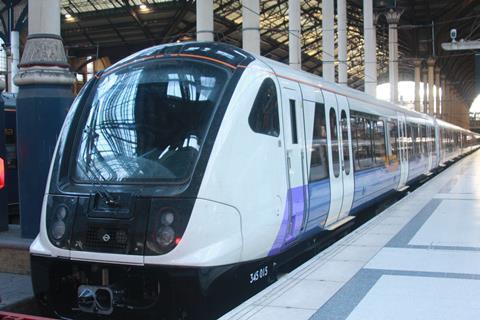 In its most recent report for the four weeks to 17 August, published last month, Jacobs said: “It is clear there are substantial challenges to [meet the] trial running [date] in February 2020.”

In a response published earlier this month, Crossrail admitted: "Delays to testing and commissioning [present] a growing risk against the 14 February 2020 trial running date."

Jacobs also damned Crossrail for not getting a grip on the continuing productivity issues of tier 1 contractors and called on the railway to replace those firms’ managers with alternatives.

It said: “It appears [they] are not being driven to completion by Crossrail as much as they could.

“Where possible, the opportunity should be taken to replace the tier 1 contractor resources with [London Underground and Rail for London] resources, in order to secure the anticipated, but as yet unrealised, post-TOSD [tier 1 substantial demobilisation] cost savings as soon as possible."

Contractor productivity on the late-running project has been an ongoing source of concern for the scheme's bosses, who have recently appointed a director of supply chain management to oversee resourcing.

Sherif Narouz has been appointed supply chain delivery director, joining the programme from London Underground where he has been heading up the organisation’s enhancements programme for the past three years.

The appointment came weeks after TfL was forced to step in to get tier 2 contractors to prioritise work on Crossrail after being asked to do so by the late-running railway.