Industry says Labour is best – but will vote Tory anyway 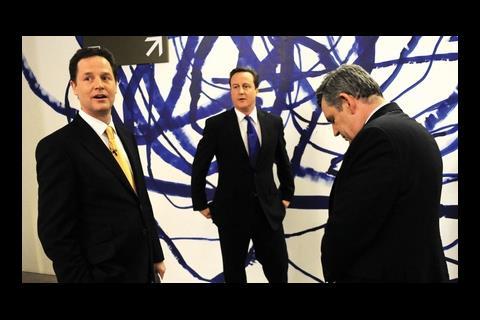 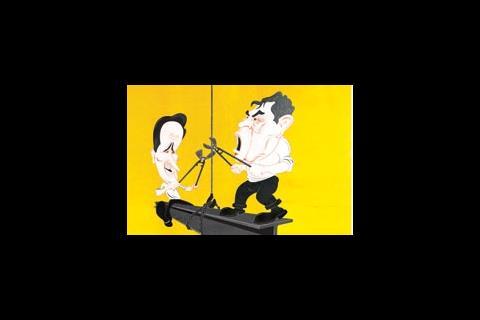 The construction industry believes Labour is the party most likely to continue spending on major construction projects, research by Building has revealed.

According to an online survey, which polled 283 people, 52% trusted Labour to complete the renewal of the school estate, compared with 24% for the Tories and 13% for the Liberal Democrats.

But the results showed readers would not necessarily vote for the party they felt was most likely to shore up the industry’s order books. When asked which party they would vote for, the Conservative party came top with 35%; the Lib Dems were on 28% and Labour was on 27%, mirroring many UK-wide polls taken this week.

On transport spending, 43% trusted Labour, 32% opted for the Conservatives and 15% said it was safest with the Lib Dems.

Despite the perception of Labour as the party of public spending, observers believe cuts will follow whoever is elected. Alasdair Thompson, development director at Faithful+Gould, said: “Traditionally construction does better under a Labour rather than Tory government. However, regardless of which party gets in we will see drastic cuts – capital expenditure could be cut by 30%.”

Graham Kean, head of public sector at EC Harris, agreed that Labour was the party most likely to spend money on construction, but warned that any incoming government would have to attract private sector investment, too. He added: “The Conservatives will make cuts because they want to be tough.”

However, 47% of respondents thought the Conservative party would do the best job of cutting the regulatory burden on the housebuilding industry.

Also, when asked which party they trusted most to prioritise the development of renewable and nuclear power, the Tories were slightly more trusted than Labour, with 33% against Labour’s 29%.

David Fison, chief executive of Osborne, said: “I absolutely endorse the view that the Conservatives would cut the burden on housebuilding. But any new government – apart from a hung parliament, which would be paralysed – would do better than Labour at cutting regulation because they don’t have the baggage that comes with having created the regulation.”

The intentions contrast sharply with the results of a survey of Building’s readers taken just before the 2005 election, which showed that Labour’s support was at 29%, the Tories were on 28% and the Lib Dems on 12%.

What else we learned from the survey

Breaking down the results by profession, engineers were most likely to vote Conservative (47%) followed by QSs (43%). Only 13% of architects and 30% of clients said they would vote Tory.

Architects are the keenest supporters of the Lib Dems: half of the profession planned to vote for them. The party was also the favourite of the clients, with 33% expressing a preference for them compared with 22% for Labour.

Labour’s strongest support was among the contractors: 41% of them backed the party. But 34% of this group said they would vote Tory.

The survey also asked readers to nominate their favourite policy goals for the next government. Five priorities on readers’ wishlists were: