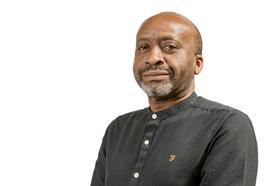 Lendlease wants to meet the new leaders of Haringey council as its hopes to build thousands of homes in the north London borough hang in the balance following the election of a new Labour administration opposed to the £2bn plan.

The firm behind the Elephant and Castle revamp in south London was appointed preferred bidder for the scheme last July, which was set to see the developer joint venture with the council on the initiative, known as the Haringey Development Vehicle (HDV).

Jonathan Emery, Lendlease’s managing director of its property arm, said: “We accept new councillors may have different views on some of the plans put forward and we look forward to meeting with the borough’s new leader and cabinet.

“We want to listen and discuss how we can work together to best deliver their vision and create a positive and long-lasting impact for the people of Haringey.”

The project – which involves building more than 6,000 homes – has proved controversial, with opponents worried that locals on the Northumberland Park Estate, set to be redeveloped under the plan, will be priced out of the area and accusations that the council is handing over assets, including its main office in Wood Green, to the HDV.

Earlier this year, former council leader Claire Kober, who championed the deal with Lendlease, resigned and, following last week’s local elections, a new Labour leader of the council was elected on Tuesday night with Joseph Ejiofor (pictured) set to be formally appointed on 24 May.

Labour’s local election manifesto included a commitment to ditch the HDV, and Ejiofor – a member of the national steering committee of Momentum, the left-wing activist group – was one of a number of signatories to a letter calling for it to be ditched.

But Emery said he was hopeful a meeting with the incoming administration would be positive and added: “The need for new homes, including affordable and social housing, is a key priority for local government. This need is particularly acute in Haringey and has been recognised by candidates in the run-up to the election.”

In her resignation letter to Labour’s National Executive Committee in January, Kober, who this week joined housing group Pinnacle as head of housing, warned her replacement to put the needs of 9,000 families on the council’s housing waiting list first.

“Ideological dogma will do nothing to improve their lives,” she added.

The Labour leader at Haringey has been contacted for comment.

Lendlease is already carrying out a major scheme elsewhere with the council, the £1bn High Road West scheme in Tottenham, which involves revamping an area next door to the football club’s new ground and includes building 2,500 homes.