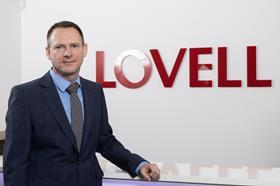 Lovell has appointed ex-Keepmoat executive David Ward as managing director for the North.

Ward (pictured) started in the newly-created role at the Morgan Sindall-owned Lovell yesterday, having worked for Doncaster-based Keepmoat for 31 years, latterly as managing director of its northern regeneration business covering regional offices in Liverpool, Salford, Newcastle and Glasgow.

He is the latest in a series of appointments made by the partnership homes developer in recent months. In October last year it named former Galliford Try executive Stuart Gibbons as the head of its London operation.

And last May, the firm poached Galliford Try’s partnerships and regeneration divisional finance director Steve Breslin to be its group finance head.

Lovell managing director Steve Coleby – who himself joined the firm in April last year after a quarter of a century with Laing O’Rourke – said Ward’s experience made him “the ideal candidate to lead our ambitious plans for strategic growth across the north”.