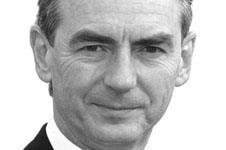 The battle for control of Miller Group has moved up a gear with chief executive Keith Miller firing a broadside at Ernst & Young and insisting that almost a third of the rebel family shareholders do not want to sell their shares.

The rebel shareholders in the Aligned Shareholders Group (ASG) include James Miller, Keith’s cousin and former Miller group chairman. It appointed Ernst & Young to assess the possibility of selling its 60% shareholding to an outside investor.

Keith Miller said: “Ernst & Young have a lot to answer for. It’s encouraging unrealistic expectations. Shares in the housebuilding market are off 50% since May.”

He said: “All these shareholders are being advised collectively by Ernst & Young who are of course working for a fee. We would encourage each shareholder to take their own advice.”

He added: “At least 40% of shareholders do not want to sell. And there’s a good percentage of the ASG that don’t want to sell either. Because we’re a private company they don’t have to pay inheritance tax.”

A spokesperson for the ASG dismissed Miller’s claims. He said: “The ASG is very united and all the shareholders have signed a power of attorney to the ASG.”

He added: “It’s noticeable that Keith Miller isn’t saying it’s a bad time to sell if you sell to him.”

Miller is understood to have offered to buy half the rebels’ shares, 30% of the company, for £132m last month, a 20% premium on the company’s internal share price set in May.

The ASG believes it can obtain a higher price by selling its entire stake to an outside investor.

Last year the 75 rebel shareholders shared a dividend of more than £7m, of which £3m was paid to James Miller and his family, which has a 25% share holding.

Keith Miller and his family also hold 25% of Miller’s shares. About 11% are held by employees.