Private Housing Architect of the Year 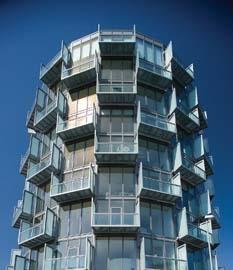 It is involved in Waterfront City, a new quarter in Melbourne, while Witham Wharf in Lincoln, the refurbishment of a 1970s office building into 120 high-quality apartments, is just completing.

The judges were particularly impressed with the Abito apartments in Manchester, a new concept aimed at first-time buyers and people wanting a city “crash pad”. The concept is being transferred to other sites in the UK, and a scheme is on site in Salford.

The judges said the architect was “inventive and able to demonstrate that high density works”. About Abito, the judges said the scheme showed “real innovation, and that BDP had come up with a housing concept that had not existed before”.

The judges said its work was “elegant and accomplished”.