The Queen’s Speech this afternoon outlined a new Procurement Bill to “create a simple and more transparent system”. The bill sets out a new framework for procurement which at £300bn accounts for around a third of public expenditure each year, according to the government. 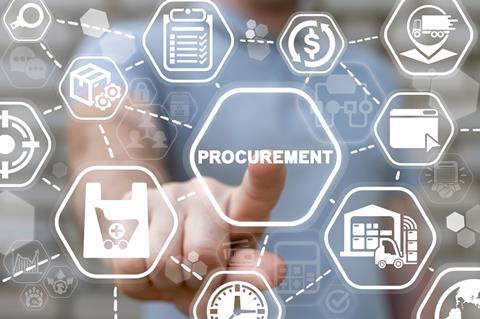 The bill is intended to replace previous Eurpean Union rules following Brexit. It will establish a single digital platform for supplier registration and enshrine objectives for public procurement including delivering value for money, maximising public benefit, treating suppliers equally and acting with integrity.

Under the new system buyers will be required to have regard to the government’s National Procurement Policy Statement which sets out proprieties for public procurement. The bill will also introduce new exclusion rules to tackle unacceptable behaviour and poor performance and arrangements to allow public authorities to buy “at pace” if necessary to protect life, health, public order or safety.

Plans to reform the procurement system were first published in a green paper in December 2020, followed by a public consultation which closed in March 2021. Legislation was expected last autumn but was delayed.

“It may not grab headlines, but better procurement is fundamental to delivering investment in a way that meets the UK’s ambitions for a more equal and sustainable society.”

Stephen Beechey, group public sector director at Wates Group, said: ““We are also pleased to the see the Government is continuing to push forward with the Procurement Bill.

“As a lead contributor to the Construction Playbook, this is a positive step ensuring procurement across the public sector is aligned to the highest standards

Mark Robinson, group chief executive at SCAPE, warned however that the bill “cannot be delayed any further than it has been if we are able to raise overall standards and ensure public bodies are able to procure projects with confidence”.