A building safety expert has warned that the government’s proposal to create a new regulator for high-risk residential buildings to improve safety after the Grenfell fire could end up creating a two-tier building control system where lower-risk buildings receive less scrutiny.

Martin Taylor, director of regulatory policy at Local Authority Building Control, told a Building Live Club conference last week that focusing on high-risk residential buildings (HRRB) must not work to the detriment of others. 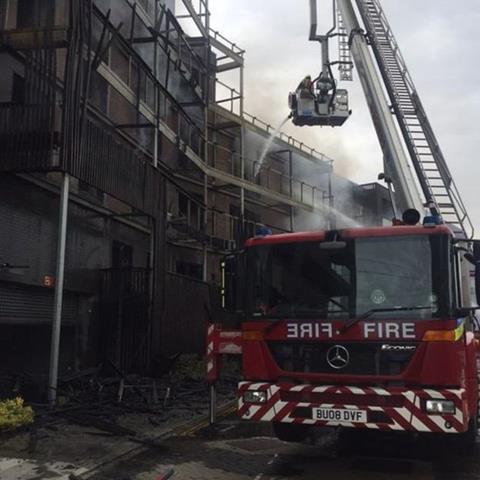 Earlier this month, the government launched a consultation on the practical steps to implement Dame Judith Hackitt’s review of building safety regulations, including a new plan for a national Building Safety Regulator for HRRBs, defined as residential blocks that are higher than 18m. The consultation left open the possibility that the regulator could oversee all buildings over 18m where people sleep, such as care homes and prisons, but it is expected that all other building types would remain under the remit of building control.

Taylor said while this would be good for the new regulator, it would potentially compromise all the other public protection services that local building control does, such as safety at sports grounds, demolition and the control of buildings that would be out of scope of the regulator.

He said: “I would guard against, if it is a completely separate thing, that the expertise is pulled from one area into the other … we don’t want to create a two-tier building control system.”

Speaking at the same event, Nick Coombe, strategic technical adviser for the London Fire Brigade, said the government’s proposals to make project teams submit fully worked up designs, including the product specification, could cause high-risk projects to grind to a halt.

Teams would have to submit the detail and get this signed off by the regulator at the so-called gateway two stage inspection before building work starts. Any deviations from the approved design, including product substitution, would mean project teams could face stiff penalties.

He said: “They won’t be able to do that [substitute products] unless it’s signed off by the regulator. Unless they’ve costed it correctly, we might end up with a load of projects around the country that never get finished as they’ve run out of money. We can’t have a load of unfinished buildings as we need housing in this country.”

After the success of last week’s first Building Live Club event, attend the next in the series on 4 July: Digital futures and managing risk - Top 150 contractors event, sponsored by Fenwick Elliott

Book one of the last remaining early bird places for £99 + VAT, www.building-live.co.uk/digital-futures