Strategic review to see Countryside focus on partnerships business only

Unwanted private housing schemes will be sold or built out

Countryside Properties is pulling the plug on private housebuilding and concentrating on its partnerships business instead following a strategic review.

It said it will sell or complete unwanted land and developments at its private housing arm before concentrating entirely on its partnerships work, which includes schemes for housing associations, public bodies and institutional private rental operators, from autumn 2023. 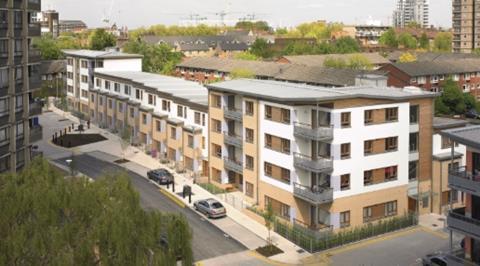 Countryside will now focus on its work for housing associations and public bodies, the firm said this morning

It said the move would rake in £450m of surplus cash which will be returned to shareholders.

Completing or selling unwanted scheme will be overseen by a director reporting to chief executive Iain McPherson.

Its private housing arm concentrates on work in the Home Counties and the firm, which will change its name to Countryside Partnerships, said a new partnerships division will be set up to serve that region which will run alongside its existing partnerships businesses in London, the North, the Midlands and the South-west.

Countryside has been mulling the rejig since it announced last autumn that it was planning to sell the housebuilding business.

In its last set of results for the six months to March, the housebuilding arm reported £265m in revenue, around two-fifths of the total, but accounted for the bulk of Countryside’s profit with £27.4m.

The partnerships business turned in an operating profit of just over £7m on revenue of £396m.