The woman who led Turner & Townsend’s successful bid to be a programme partner on Crossrail has hailed the changes at the top in order to get the late-running scheme completed.

Patricia Moore, who became T&T’s first female managing director of its UK business when she was appointed last March admitted the scheme was one of the “most challenging construction projects that we’ve seen in this country”.

Last August, it emerged the scheme would be delayed until this autumn but since then new Crossrail boss Mark Wild has admitted he still doesn’t know when it will be finished with speculation growing the £17bn scheme won’t be ready until the middle of next year.

Moore told Building she “welcomed” the changes which have seen former chair Terry Morgan step down from the role last month and Wild appointed the month before, replacing Simon Wright who left after just eight months in the job. 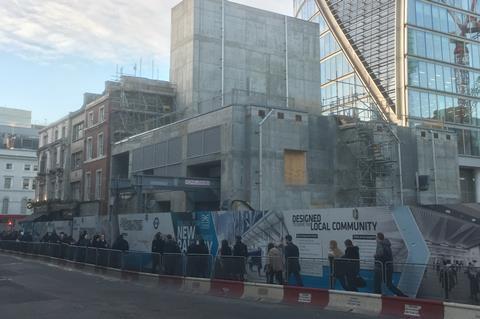 The new Liverppol Street Crossrail station, which stretches from Moorgate (pictured) in the west to Broadgate in the east, was supposed to have finished last month but remains a building site