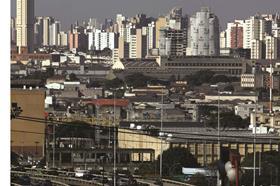 Two people have been killed after a crane collapsed during construction work on a Sao Paulo stadium that will host the opening match of the 2014 World Cup, according to reports.

Video footage of the scene at Arena Corinthians appears to show the crane collapsed while lifting a large section of the stadium’s roof into place.

The video footage, uploaded by Brazilian news service Globoesport, shows the roof section then crashed on to one of the stands.

The arena was due to be completed at the end of December to meet a Fifa deadline, according to the BBC.

An earlier version of this story said three people had been killed, based on early reports. Apologies for the error.