Contractors including Carillion, Sir Robert McAlpine and Kier targeted in legal action lodged by the GMB on behalf of construction workers 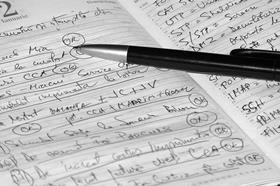 Contractors including Carillion, Sir Robert McAlpine, and Balfour Beatty are being targeted in a High Court action lodged by the GMB union this week on behalf of construction workers seeking compensation over claims they were blacklisted.

The legal action seeks compensation for 70 GMB members who claim they were blacklisted by construction firms.

The action alleges an unlawful conspiracy by the construction firms that used the services of The Consulting Association (TCA), the blacklisting firm exposed and closed down in 2009, and is focusing in particular on Carillion and Sir Robert McAlpine.

However, law firm Leigh Day, acting on behalf of the GMB, is also bringing defamation claims against the firms that allegedly gave the details of the 70 GMB members to the TCA.

Michael Newman, from Leigh Day, told Building the defamation claims were based on the damage to workers’ reputation as a result of being on the blacklist and include claims against Balfour Beatty, Skanska, Costain and Kier, as well as any other firms identified as more claims were brought forward.

“We view it as straight forward defamation - workers’ were listed as ‘troublemakers’ and that was untrue and damaged their reputation,” he said.

He said the amount of compensation claimed by each individual would vary, depending on financial loss incurred, with some individual claims ranging between £5,000-£10,000 and others claiming considerably more. Newman declined to give the total amount claimed.

“It depends how many weeks or months they were out of work for - and some could never get work and had to change careers,” he said.

He said the conspiracy claim was focused on Carillion and Sir Robert McAlpine, but the defamation claims would be against any contractor that gave TCA the details of the claimant.

He said: “We are absolutely confident that the High Court will find that substantial compensation and damages are due from the construction industry for what was effectively a black market in destroying workers’ reputations and job prospects.”

The legal action follows a separate High Court claim being prepared by lawyers Guney Clark & Ryan on behalf of the Blacklist Support Group, which represents some of those on the list seized by the Information Commissioner’s Office (ICO) from TCA in 2009.

Blacklisting came to light in 2009 when the ICO seized a TCA database of 3,213 construction workers used by 44 companies to vet new recruits.

Maria Ludkin, GMB national officer for legal and corporate affairs, said the legal action was “only the tip of the iceberg”, with the union expecting further cases to be added to the 70 as more workers on the list came forward.

A spokesperson for Carillion said: “Any Carillion involvement TCA ended by 2004. This was long before the practice became unlawful. As you would expect, Carillion will defend itself vigorously in any litigation.”

Kier and Costain did not respond to a request for comment.