Union wants payment to workers and suppliers to be a priority 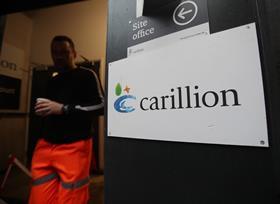 Unite has slammed Carillion over the “greed and recklessness” that has led to its collapse.

The country’s biggest trade union has also called for an urgent inquiry to be launched into Carillion’s collapse, urging administrator PwC to put workers and suppliers at the head of the queue for payment.

Unite represents more than 1,000 workers employed on the delivery of construction contracts and NHS contracts for Carillion, which in total employs around 20,000 people in the UK.

It added it will also be seeking a meeting with PwC today to press home that the priorities are not with the shareholders, but the workers who provide the service and people relying on them.

Jim Kennedy, national officer for local government at Unite, said an urgent enquiry has to be launched as to how Carillion amassed such high debts, accusing the Carillion boardroom of bringing the company to its knees.

“The administrator must provide reassurances on these to the workforce as a matter of urgency, and also that vital public services on which many depend will continue to be provided.

“One thing is evidently clear from this: there must be no business as usual for big business. There has to be an urgent inquiry into how a company that loaded itself with debt, which undercut competitors with unsustainable bids, which hoovered up vats of public money, and that had repeatedly alerted the government to its own financial shortcomings got its hands on so much of the public sector and taxpayers’ cash.

“We are also very concerned about the impact of Carillion’s collapse on the wider supply chain. Many of these small firms are the lifeblood of their community but their exposure to Carillion’s debt puts them at serious risk.

“PWC must put workers and suppliers at the head of the queue for payment, not the banks and certainly not the Carillion boardroom whose greed and recklessness has brought this giant company to its knees and imperiled so much of our public services.”

Last week, Unite had urged the government to “consider all possible options” regarding Carillion, including bringing contracts in-house at the earliest possible opportunity.

Assistant general secretary Gail Cartmail had said that if the government was forced to initiate a rescue package, they would also need to ensure that the supply chain is fully protected.