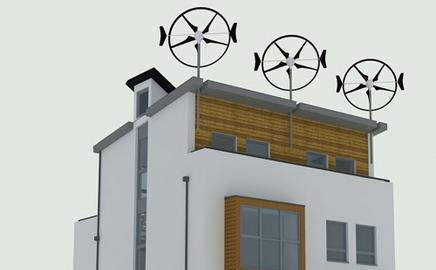 Often overshadowed by energy, water efficiency is about to get its own tough rules

With an acute shortage of water in much of the UK, water efficiency is rapidly becoming as important a subject as energy efficiency. Climate change may not mean less overall rainfall but it is likely to mean more rain in the winter and less in the summer. So the likelihood of being flooded in the winter and having a hosepipe ban in the summer will increase. So last December the communities department launched a consultation paper called Water Efficiency in New Buildings. This proposes a limit on water consumption in new homes and on the domestic water use in non-dwellings.

Like energy regulations, the document proposes that water efficiency should be considered in whole-building terms, rather than just at an elemental or fixture level. This approach is mirrored in the draft technical guidance manual for the Code for Sustainable Homes.

So what does this mean in practice? For housing, the proposals suggest a limit of between 120 and 135 litres of water per person per day. This is meant to be a minimum standard and levels in the Code for Sustainable Homes would be progressively tougher. For example, it will be set at 120 litres per day for levels one and two and 80 litres at levels five and six. The current average for dwellings in the UK is about 150 litres. The advantage of the whole building approach is that a range of solutions can be developed, especially for the more challenging levels.

A performance-based approach also allows the regulation of water use without banning baths, power showers, spas and the like, which may provoke accusations of nanny-statism. It would also be unenforceable without visiting homes and measuring the size of baths. Houses with high-use power showers would have to save water in other areas or recycle it to compensate.

For the designer, the code sets out a simple table, with the following columns:

There is some confusion between the guidance in the code and water efficiency proposals, as they appear to use different water-use calculators. There does need to be a single calculation method.

The code allows for two measures to be used: the appliance’s fixture capacity or flow rate, or typical practice. This means that there is an advantage to specifying low-use appliances when trying to get better overall performance, which should encourage innovation.

It then sets out a calculation methodology for rainwater harvesting and greywater recycling, which one would assume would also be needed in any Building Regulations guidance concerning water. This is still a work in progress but it offers a way forward for designers who want to get to the higher code levels.

The code also proposes extra credits for homes with external water collection for gardens and no external taps, expecting this to reduce overall potable water use.

In the consultation on water efficiency there are questions about the level of performance of individual fittings. The industry is generally happy to see sensible limits, as long as they do not result in customer dissatisfaction. Low-flow spray taps could be acceptable in a cloakroom vanity basin but not in a kitchen where waiting two minutes to fill up a kettle would be unacceptable. Equally, the flow rate of showers can be reduced so long as the “showering experience” is acceptable. If regulations prevent such performance, then customers will resort to illegal fittings.

The consultation makes proposals about flow rates for showers and washbasin taps, which give an indication of where performance levels may go. Most of these are seen as sensible, although again they have to be acceptable to consumers. Some have technical issues such as showers where lower flow rates would not match those used in the European standards for testing the safety of thermostatic valves. However this is solvable.

WCs use the most water in homes. The consultation proposes that new-build WCs should all be either dual flush (6 litre full flush and 4 litre part flush) or an equivalent single flush. Again, this is supported by the industry. In fact, even lower flush WCs are available and are likely to be seen in homes that aiming for higher standards. Other homes may keep standard WCs and adopt other water saving mechanisms.

It also proposes labelling of products, possibly on the A-G scale originally used for white goods and windows. This could consider durability, performance as well as water use. Such a system, if designed well, could act as a powerful spur to innovation.

It will be important that all water-use systems in a house are considered, including the drains, as we head to lower water usage. Some in the warranty businesses have expressed concerns that flat gradient drains may not work if there is a marked reduction in flow volumes. The higher code level homes may need to be monitored to see if these concerns are real.

For buildings other than dwellings there are clearly opportunities to push water usage down. Equally, it is unrealistic to expect institutions such as care homes to meet the same targets as others. Requirements also need to ensure that low-flush WCs can be adapted to allow disabled users to operate the mechanisms.

Overall, the proposals in the water efficiency consultation combined with the draft technical guidance for the code offer designers and manufacturers more flexibility to achieve challenging targets while still keeping the customer happy.

If well implemented and co-ordinated, they could be the basis of regulation for a considerable time to come.

Offsite manufacturer Stewart Milne has unveiled this prototype home, designed by PRP Architects, which aims to meet level five of the Code for Sustainable Homes. It is timber-framed, will be carbon neutral in terms of water and space heating, and has high levels of insulation, solar panels, wind turbines and water recycling technology