5
Paying back the overdraft
News

Paying back the overdraft 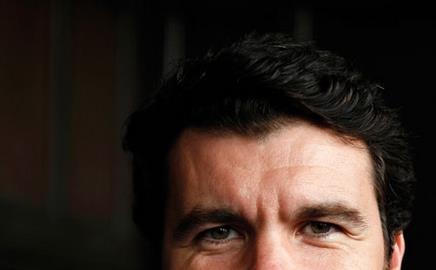 After five years of tireless campaigning, the barmy rhetoric of the greens is becoming official policy

Five years ago the World Wildlife Fund (WWF) launched the One Million Sustainable Homes campaign in Johannesburg at the World Summit for Sustainable Development. At the time I badgered one of Tony Blair’s advisers to get a snippet into his speech about the UK government backing our call to move sustainable homes from the fringes to the mainstream of UK housing. But alas, it was edited out - if, indeed, it ever got in - and the impression was that the government wasn’t sure about signing up to such a big target. A million sustainable homes sounded like an awfully tall order.

And indeed it was. There were only a handful of sustainable, green or energy-efficient homes around. BedZED – a mixed-use development of about 100 homes, offices and live–work units - stood out above the others. It was the brainchild of BioRegional, a small sustainability charity that was inspired by WWF’s Living Planet report. This showed that if everybody consumed natural resources and emitted carbon dioxide at the same rate as the UK, we’d need three planets to support us.

BioRegional teamed up with Bill Dunster and the Peabody Trust to turn a big idea into a reality: a built environment that made it easy and affordable for people to reduce their environmental impact and live a “one planet lifestyle”.

WWF spent nine months listening to anyone and everyone’s opinion on BedZED. Of course, people delighted in telling us what didn’t work and how much costs had overrun. Housebuilders told us sustainable homes cost too much to build, investors weren’t interested and consumers didn’t want them anyway. Others told us that Building Regulations and the planning system did more to hinder than to help sustainable construction. Mortgage lenders said that although the idea of preferential mortgages for sustainable homes was intriguing, they wouldn’t know one if it fell on them, because nobody could agree on what a sustainable home actually was.

But we had struck a nerve and the ball started to roll. John Prescott told parliament that his department was working on a housing plan, which evolved into a communities plan. It was published in spring 2003 as the Sustainable Communities Plan, which had the agenda of transforming the sustainability of UK housing.

With the DTI and Defra at his side Prescott hosted the Better Building summit, and commissioned Sir John Harman and Victor Benjamin to chair the Sustainable Buildings Task Group, which produced an report and a clear set of recommendations for the government and industry. It suggested the need to develop a new code for sustainable buildings, based on the BRE’s EcoHomes standard, to create a universally recognised benchmark.

I won’t dwell on the details of the process that finally led to the launch of the Code for Sustainable Homes in December last year, but what matters is that we ended up with something worth having – a code that builds on the best of EcoHomes and takes it further. As of April next year, all new homes will have to be assessed against it and buyers will know how their prospective new home has fared - something that numerous surveys over the past few years have shown they really do want to know.

In 2003, the WWF and BioRegional published the One Planet Living in the Thames Gateway report, which sparked debate about the merits of pursuing “zero-carbon” developments. Most people thought this was the typical barmy rhetoric of the greens, who always ask for more than they expect to get, but a few people, including some big developers, started to take it seriously.

Rather than the “business as usual + 5% improvement” mindset, which only leads to endless tweaking of Part L, people started thinking in a way that led to interesting and cost-effective solutions.

I thought I was dreaming when I heard Gordon Brown announce that all new homes would be zero carbon by 2016 and that zero-carbon homes would be exempt from stamp duty in his December pre-Budget report to parliament.

But just look at the power of positive thinking - in January the Home Builders Federation hosted a zero-carbon homes summit, co-chaired by Stewart Baseley, its chairman, and Yvette Cooper, the minister for planning and housing. The resounding conclusion was not that the target should be challenged, but rather that we should get our heads together fast to determine how best to achieve it.

And this is just the beginning. Gordon Brown, Ruth Kelly, Yvette Cooper and David Miliband are all turning up the volume on carbon emissions. In June we’ll see the introduction of energy performance certificates for homes. In no time people will be comparing the energy ratings of houses in the same way we do with fridges.

Within 18 months we’ll be able to see how public buildings and places like supermarkets are performing, too – and given the current race to the top of the green ladder among business leaders, it’s likely that occupying an energy inefficient building will become as much of a faux pas as promoting smoking in the office.

So while challenges abound, there’s only one way this is all heading - to a truly sustainable built environment that optimises benefits for people and minimises costs to the environment.

Mortgage ads always remind us that if we don’t keep up repayments we risk losing our homes. Well, the one planet we have is home to us all, so the sooner we start paying back the overdraft we’re living off, the better it is for all of us.

For more on the One Million Sustainable Homes campaign and to download reports, visit www.wwf.org.uk/sustainablehomes