The new grand tour of Europe

Where’s a EU-positive culture vulture to go this summer for a lingering look at all the architectural gems the Continent has to offer? Some industry experts suggest an itinerary … 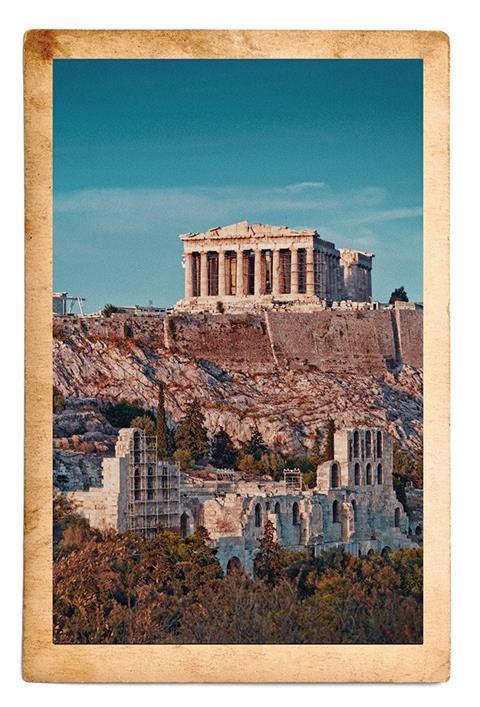 As I happen to be in Greece on holiday and visited the Parthenon, on the Athenian Acropolis, I would have to say that it always blows me away. Notably with how it was built and how it has stood the test of time.

But even more impressive is its effect on Western civilisation: democracy, theatre, philosophy are all believed to have started in Ancient Greece.

It is ironic that it has this effect of “if only things were like that again”, which can be seen if you dig down and see the story today of how Greece was the first to show the failings of Europe, whichever side you look at it from.

So the special reason is that it has stood the test of time, both physically but also culturally, giving Europe and humanity an identity that we can hold on to. 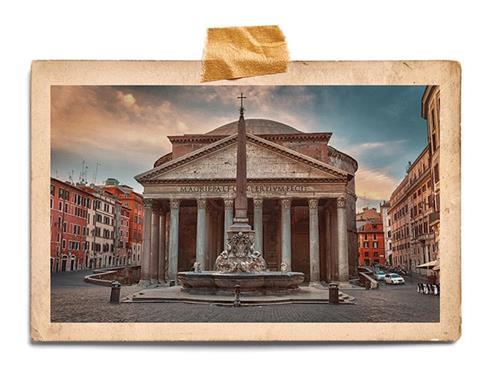 It is difficult to pick just one building. But I have been able to settle on one small district in Rome with three of my favourite spots in the world: the Pantheon, Sant’Ivo alla Sapienza, and Sant’Eustachio il Caffè.

The Pantheon is best early in the morning and entering through the porch, I always find myself struck to silence by the dome and the oculus reaching to heaven, the grounded architectonics and the hollowness from centuries of use. Just behind the Pantheon is Francesco Borromini’s church Sant’Ivo, where he stretched the rules of classicism until he made the baroque. The courtyard setting and the hexagonal dome, the eccentric spire and the plan never fail to amaze me with their eloquence and humour. After all that architecture, it is a huge relief to stop for my morning espresso around the corner at Sant’Eustachio il Caffè. The coffee is the best in Rome, the 1950s decor is elegant and one can sit outside in the square enjoying this most urbane of cities.

I have always thought the EU ought to give up on imposing austerity on the Italians, Spanish and Greeks and recognise that they give us an easier way of life, amazing cuisines, great cities and architecture and they show northern Europe that life isn’t all about business. 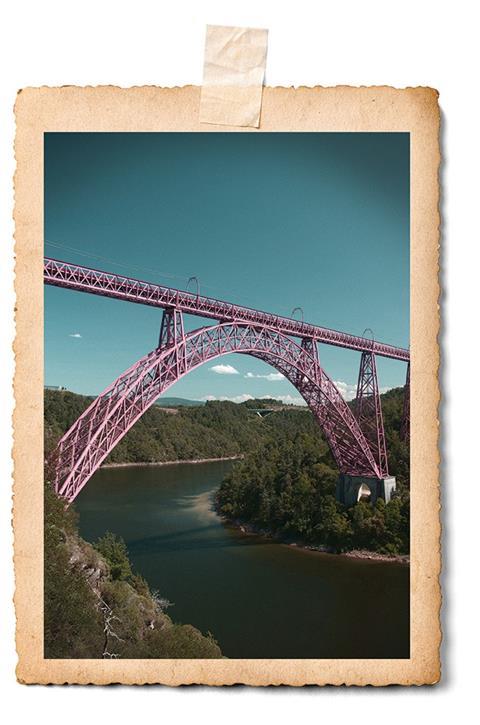 I’ve chosen not a building but a bridge. The Viaduc de Garabit by Gustave Eiffel takes the railway over the gorge of the River Truyère in a remote area of central France. It is spare, taut, and delicate, in spite of its stupendous dimensions. It swings through space with a single beautiful arch of filigree steel girders from which pylons support the single line train track above. In the style of the Michelin Guides, it is worth not just a detour, but a journey. Ironically, in that Europe of nation states, Eiffel applied for and succeeded in being admitted to the select rolls of Newcastle-upon-Tyne’s Mining Institute, back then probably the foremost engineering club in the world. We still need that kind of internationalism now. 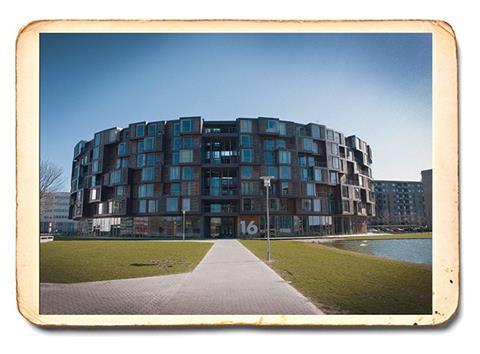 Exactly a week after the referendum result, I was in Milan as a guest on a research trip with the team from Studio Egret West. On the plane we counted up how many people in the studio came, originally, from EU countries. Almost half. It added to a sense of sadness that this extraordinary cultural and economic exchange might change for ever. We went to Italy to look at buildings. We often do that, us British architects and developers – head off to Europe to look for inspiration. And so, in that spirit, I give you Tietgenkollegiet – a student residential building in Copenhagen, Denmark.

Designed by Danish architect Lundgaard & Tranberg and completed in 2006, it certainly pre-dated the avalanche of private student accommodation building that’s hit our country in the last five years. The reason that its designers spend a lot of time giving tours to visiting architects is because it’s just brilliant. It’s a seven-storey doughnut with a central, circular courtyard garden that is the heart of the building.

Clusters of 12 rooms share a common living space/kitchen that looks like the set of a Nigella cookery show. We are constantly told that if you give people quality and maintain it properly, they respect it – a visit here would confirm that. The building looks as fresh as if it were just completed. All the bedrooms look out through the external facade and all the living spaces look into the central courtyard garden creating a wonderful sense of community. The circular nature of the building means that its long, endless corridors aren’t soul-destroying. It was principally funded by a private benefactor and doesn’t look like it was cheap. But that doesn’t matter. What matters is that it was built. So that we can go and look at it, be inspired and learn. There’s a flight to Copenhagen this month for £70 return. Bargain. 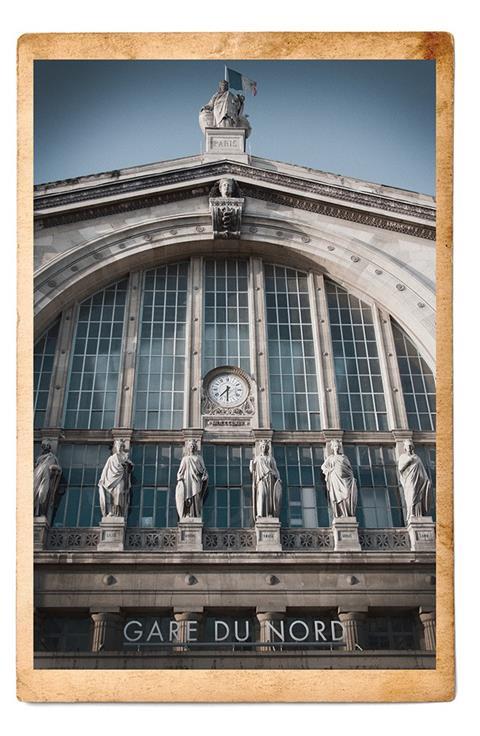 Peter Rees, professor of Places and City Planning at the Bartlett and former chief planner at the City of London Corporation

Looking out from a beach hut at Frinton-on-Sea, through the distant towers of Europe’s largest wind farm, the continent now seems long ago and far away.

Like the local concrete houses of Oliver Hill’s incomplete modernist estate, Europe seemed a good idea at the time.

A loyal Brexiteer doesn’t get stuck in Channel-bound traffic jams or check-in-queues at Stansted airport. Instead, he heads for the delights of the Essex coast, with its safely predictable cuisine and unique colour sense. The English seaside is a place to dream of more exotic destinations, but safely free from garlic-infused cooking aromas. Oh yes, before I head off for my fish-and-chip tea, I must tell you about my favourite building over there on the continent. It’s the Gare du Nord in Paris, from where you can reach a proper world city in a little over two hours. Now back to my Essex vacation – where’s that plate of jellied eels? 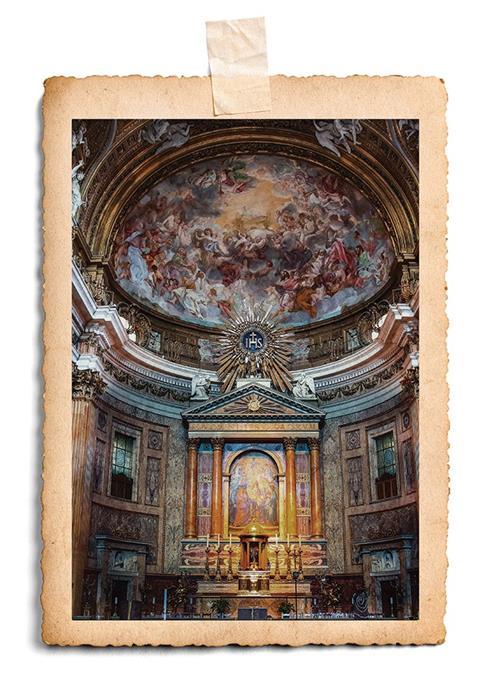 The Church of the Gesù, Rome

For those still struggling to differentiate between Europe and the EU, this building could be a big help. The Church of the Gesù in Rome was started in 1568 and is widely accepted as the first complete work of baroque architecture. The baroque is significant for a number of reasons that chime with today’s political context. Spreading across Europe and then the world, it kick-started cultural globalisation. Created by the Catholic church as artistic propaganda for the counter-reformation movement, it was the first art form with a direct political agenda. And most importantly in our current Brexit ferment, it was enthusiastically, if briefly, embraced by Protestant England, a country diametrically opposed to every sinew of the baroque’s political and religious ideology. The Church of the Gesù may be a masterpiece of Italian architecture but it says more about the power and permanence of European integration than any vote or treaty could ever hope to unravel. 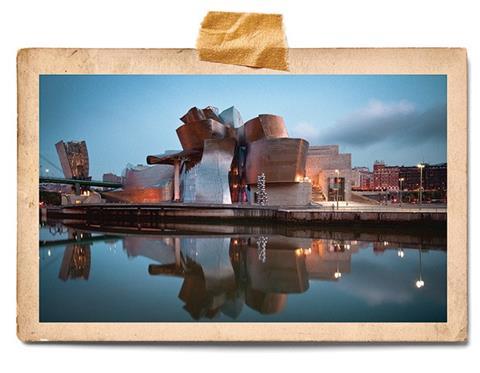 One of my favourite European buildings has got to be the Guggenheim Museum, Bilbao, designed by Canadian-American architect Frank Gehry.

Built in limestone, glass and titanium, Gehry’s original thinking is clear for all to see, and the building has been likened to a bouquet of fish tails. It is said that when he won the museum commission, he was desperate not to do a historical parody and wanted to capture the beauty and majesty of the area and yet give the design a post-modernist feel. He was pondering the nature and movement of aquatic life and apparently as he drew some examples of fish and studied them, he realised they had a unique form and appeared to be moving even when they were static. He developed this theme, introducing stunning curves reflecting light and shade in equal measure. He created something that put Bilbao on the map and since opening in 1997 the museum has had well over 10 million visitors. Always the master of design but apparently something of a technophobe, it is reported that Gehry gave his original ideas to a team based in the US and they adapted a modified computer programme used for a fighter plane design and helped with drawings, which were eventually turned into a stunning building. 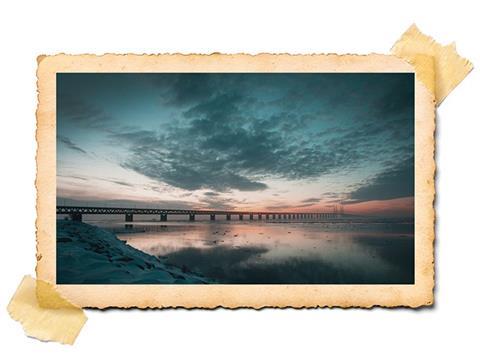 With so many great buildings it’s hard to pick one, so I’ve chosen three. First, it’s over to Barcelona to see the Sagrada Familia, a fantastic building. However, with another 10 years to go on its 140-year-plus construction programme it acts as a little reminder to us all of the importance of bringing things in on time and on budget. Then onto the 8km Oresund Bridge linking Malmö in Sweden with Copenhagen in Denmark. This may be a unique chance to visit this great piece of engineering before Denmark follows the UK with Dexit and demolishes it to sever all links with other parts of Europe. Finally on the way back to the UK, you can marvel at another engineering feat, the Channel Tunnel – before we brick up the entrance. 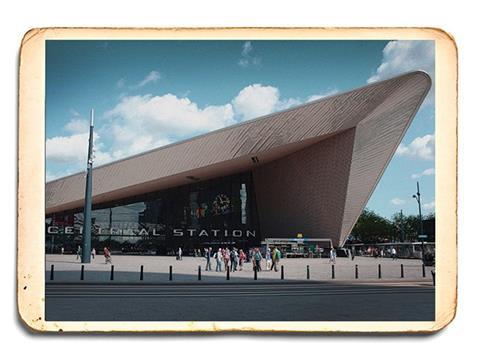 There is nothing I like better than a simple, cost effective design that looks and feels spectacular.

Rotterdam Centraal station is exactly this. It relies on two simple moves. One, in creating a large civic space outside, and again inside to enter, shelter and meet. The scale, generosity and beauty of this canopy is reminiscent of the grand stations of the 19th century. The second is to clarify and choreograph the sequenced “theatre” of arriving, or leaving a city. Outstretched arms of steel “Y” columns hold up a glass roof, which exudes lightness and integrates the largest array of photovoltaics in Europe. They also project a pattern of sunlight onto the trains moving below. The lower part of the columns divide to straddle staircases and escalators in an exciting route to connect platforms from underpass and shops, a simple but exhilarating move.

The role that infrastructure will play in the UK surviving Brexit is crucial. We need to look and learn from our friends abroad, while we are still on speaking terms. The Netherlands, with its long-held belief in the importance of public realm and the ability of good design to transform cities, is a great place to start. 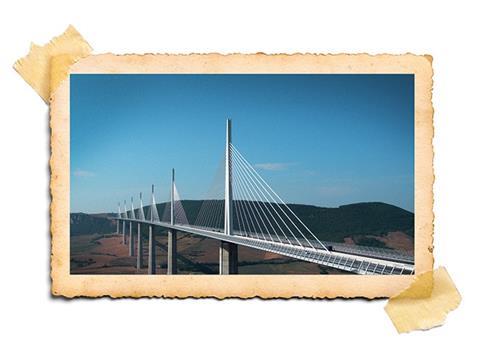 To see my standout European project you will need a car, fortitude to brave French customs and to be prepared to drive 937km from Calais. Once you get there it will take less than three minutes to enjoy this project because this is a motorway bridge on the A75 autoroute. As you drive over it, enjoy the gentle curve of the bridge, allowing a full view of the structure to slowly unravel before you. This is the Millau Viaduct, the world’s highest cable-stayed bridge at 343m high, with the longest cable-stayed deck at a whisker under 2.5km long.

Completed in 2004, the Millau Viaduct was designed by architect Norman Foster and French bridge engineer Michel Virlogeux, the man behind the Pont de Normandie. A genuine collaboration between two men who were passionate about this project, it is a perfect synthesis of architecture and engineering. The seven piers supporting the deck gently curve from the apex to the base and split like a tuning fork 90m short of the deck to make the structure look more refined. When I first saw the Millau Viaduct 12 years ago, my first thought was they would never build something like this in the UK. But why not? With infrastructure about the only construction sector with any life left in it and a design review panel for HS2, this is our opportunity to bring a bit of French ambition and style to the UK as a memorial to our membership of the EU.