Contractors are sitting on a ticking time bomb 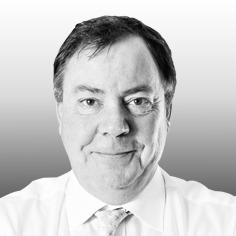 In the past few months we have seen some worrying results from contractors. Firms like Balfour Beatty have traditionally been regarded as the bellwether brands, indicator firms recognised by investors and commentators alike as signposting the success or otherwise of the industry. It is also true that Balfour may have had specific and distinct issues impacting on them.

However, most contractors are very often at the sharp end when there is a fall-off in work and then have to wait for others like the consultants and architects to do their bit before they can pick up the reigns once more. The truth is we can simply not afford to see the pool of contractor talent available get any smaller without it having a serious impact on the UK’s GDP.

A number of surveys have recently shown that cost rises are now beginning to hurt as the industry as a whole enjoyed its fourth consecutive quarter of growth for the first time in six years. While private housing has remained the key driver for Q1 there was also reported growth in commercial work and for the first time in public school and healthcare sectors.

Talking to contractors it seems that some believe clients are out of touch with the realities of a market that is motoring along. They may say why should I care, the contractors woes are not our worry? The truth however is much more one of basic economics. If the supply chain falls apart, the project does not get built and everyone suffers. One answer is that we should consider more competitive bids and hence get greater value for money if a two stage approach were followed.

This system of two stage procurement ensures that there are two stages of pricing up and managing projects that allows everyone to understand costs and subcontractor fees for instance because over a period of time things change. In this dynamic market, having the safety buffer of first and second stage procurement provides more certainty for all parties which allows them a measure of security on the project. I note that this view is supported by Colette O’Shea, managing director of London for Land Securities, who astutely comments on the current market in London by saying ” …effectively you are negotiating the price. Because what is putting people off at the moment is competitive tendering.”

Just as we are seeing a change in workload, perhaps it is up to us as an industry to lead clients towards this method of procurement and explain the advantages to all parties. A recent example where this would prove useful is the pricing of raw material costs. The latest cost survey from one of the UK’s biggest brick manufacturers has shown that bricks have risen 13% in the last quarter and in spite of volumes increasing by 26% last year there are still current shortages.

We still have something of a vacuum in terms of our industry’s response to the 180,000 expected shortfall in construction skilled labour places

Clients still remain driven by lowest price tenders, reflecting the ongoing competitive nature of the market. While contractors may be able to apply lower rates as a result of increasing opportunities, the possibility of them having insufficient resources when contracts go live significantly increases risk. Too much work for too few qualified people brings cost push inflation and the inability of our sector to meet the demands of pent up need that has been stifled for the past six years. Contractors are finding it increasingly difficult to strike a balance between predicted tender price inflation and delivering a competitive tender when pricing. A shift in procurement has got to be undertaken, which may allow contractors greater flexibility and offer clients enhanced value for money and reliability.

Against the current backdrop of an industry expanding, pressure for labour and resources continues. We still have something of a vacuum in terms of our industry’s response to the 180,000 expected shortfall in construction skilled labour places. The SME construction market has experienced a 20% leap in business in the last 12 months for domestic extensions according to recent surveys with the Royal Bank of Scotland. This was mirrored by a 26% increase in customers seeking to extend mortgages for home improvements including loft and garage conversions alone and construction companies are finding it hard to find and keep skilled craftspeople at the lower end of the market.

I do not find many contractor MDs who support the UKIP philosophy espoused during the recent Euro elections that championed closing off the borders to the Eastern European craftsmen that have previously become a vital tooth in the cog that grinds out output in the construction sector. It is ironic that many of the voters who loudly supported the virtues of isolation and border closures will be the loudest to complain when the local builder has to hike the price of their new extension because he cannot find anyone to build it.