5
Behind the wall
Focus 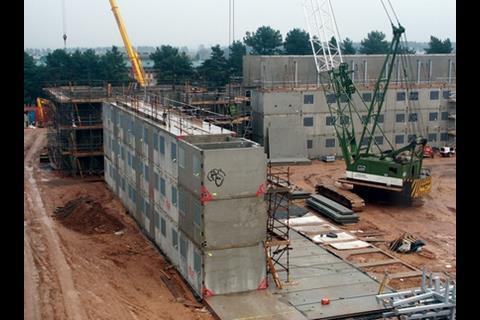 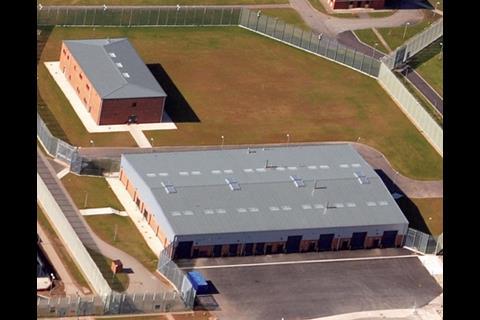 The typical prisoner is very good at recycling. While the average British household still only manages to recycle about 25% of its waste, those detained at Her Majesty’s pleasure manage closer to 50% and in some prisons the figure is as high as 90%.

Of course prisoners have little choice as to whether they recycle or not. In many prisons, waste is recycled in central waste units so prisoners don’t have to worry about separating their waste into coloured bins.

Prisoners won’t have failed to have noticed the growing importance of recycling, however. There are 359 prisoners employed full-time in recycling and recovery and some prisoners have gone onto study for NVQs in site waste management as a result of their experience.

The National Offender Management Service (NOMS) is responsible for running prisons and Steven Wheeler, sustainable construction manager, is proud of its record in recycling and sustainability. As well as high recycling rates, Wheeler says prisons do very well in terms of biodiversity and energy efficiency. NOMS requires that contractors build to energy standards 10% over that of Building Regulations, and at HMP Cookham Wood near Rochester, Kent, they’re even trialling a wind turbine.

But there is one area of sustainability where the NOMS has lagged behind – construction waste. “In terms of construction, it was not an area in which we had done too much,” admits Wheeler, “so that is why we have decided on a bigger push in that direction.” It is an area that the prison service needs to get to grips with quickly, as from 2008 the government is making site waste management plans mandatory for projects valued at more than £250,000.

The potential benefits from cutting construction waste in new prison building are huge. At any one time there are 400 prison projects in the UK, from the construction of new accommodation blocks, workshops and kitchens, to the refurbishment of visitor centres and administration facilities.

NOMS wanted to attack the issue of construction waste from two angles: minimising construction waste and increasing the recycled content of materials used in construction. The first issue for Wheeler was to assess the current level of waste management being done at site level. “There’s never been a value put on waste before. The idea of doing research was to see what was going on and then set reviewable targets,” he says.

To analyse the percentage of recycled material used on construction sites, NOMS commissioned WRAP to review projects at HMP Ranby and HMP Garth. The study of Ranby (see box, below) revealed encouraging levels of recycled materials. At 23.4% the figure was well above government targets. Wheeler says the high figure was in part down to the amount of steel used in the buildings, which contains a high level of recycled content.

If constructors are performing poorly, then there’s a chance they may not get much work. It’s in their interest to do well

NOMS also compiled a questionnaire on waste, under the guidance of WRAP and consultant Arup, which it sent to all of its site managers. Using data from the questionnaires and WRAP’s review, Wheeler will create key performance indicators (KPIs) against which NOMS will be able to monitor its 12 construction partners. There will be two KPIs for waste: one on waste minimisation and one on recycled content in construction materials, which Wheeler says will be set at 20%.

The construction partners will be monitored once the KPIs are up and running in about six months, and a league table will compare performances. When asked whether league tables will make a difference, Wheeler is emphatic. “If constructors are performing poorly, then there’s a chance they may not get much work. It’s in their interest to do well.”

The construction partners have responded well to the challenge of reducing waste, says Wheeler. “I’m not aware of any problems. Every four months we have meetings about recycled content and it’s a chance for them to voice any issues.” It will also be the responsibility of the contractor to persuade the subcontractors further down the supply chain to help achieve good performance against the KPI. Wheeler says many of NOMS’ construction contracts are design and build, which helps in the process of waste management, as the contractor gets to understand what has to be done at the design stage to minimise waste.

WRAP has also attended these meetings, allowing the contractors to get expert advice on every aspect of recycling and waste minimisation. “It’s good for the contractors because they’ll be ahead of the game when they bid for other contracts,” says Wheeler.

Of course the prospect of boosting the bottom line also appeals. “Waste management will save you money,” says Wheeler, who sees the adoption of more innovative off-site construction methods as a prime opportunity to cut on-site waste and make savings. “We want to encourage innovation and not stand still,” he says.

The security requirements of prisons do not preclude certain materials from being used, says Wheeler. “We’ve been building prisons for hundreds of years, so we’ve had lots of experience with different materials.” To obtain construction materials with a high recycled content, Wheeler says it’s important that the contractor specifies at an early stage. “There may be a lot of materials with recycled content near the site but you need to be aware of lead times.” When checking for the availability of materials with high recycled content in areas close to the construction site, the contractors will be able to use WRAP’s website to find sustainable aggregates, and there are lots of other tools and advice on procurement.

The specification of recycled content by public sector clients is a key element of WRAP’s strategy. It believes that organisations such as NOMS will be able to stimulate local markets for recycled material and help increase the value of recyclables, offering an incentive for firms to supply more of these materials.

NOMS won’t know how quickly the contractors will adopt the twin concepts of waste minimisation and recycled content until the KPIs are in place later this year, but the example of HMP Ranby shows high levels of content recycling is possible, and the attitude towards recycling within prisons sets examples of best practice that we would all do well to follow.