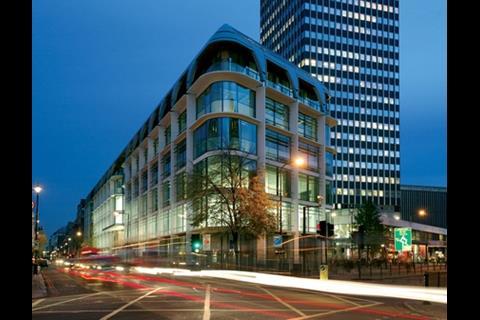 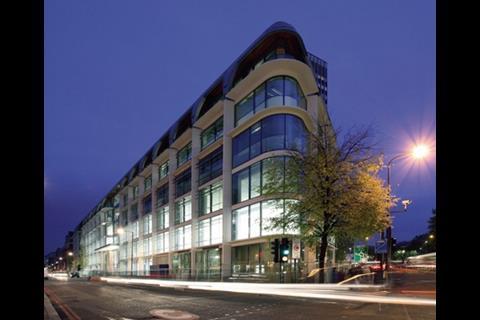 Building users are getting used to recycling their waste, but what about the people who construct it? British land is one client that knows the benefits from meeting sustainability targets and feels a responsibility to take a lead

You might expect waste management to be of most interest to those working on the ground. But it is not just people at the lower end of the supply chain who worry about waste – clients are as aware as anyone that pushing up their recycled content margins can streamline the supply process, meet sustainability protocols and save money. In fact, British Land believes clients can actually go further than merely knowing what their responsibilities are, and take a lead in making the whole supply chain aware of the importance of recycled content.

Waste management is a key priority for the developer. Recycling at Broadgate, one of the company’s key developments, rose from 40% to 46% last year thanks to its installation of cardboard balers and glass crushers. In 2005 British Land shopping centre in Meadowhall, Sheffield, became the first in the country to use a resource recovery centre, recycling 92% of the waste coming out of the development and saving an estimated £100,000 in transport and disposal costs.

However, persuading occupiers to recycle is one thing; it is in making use of recycled material during construction that British Land has been leading the way.

An example of the company’s leadership is the York Building, a seven-storey mixed-use commercial development built last year at Marble Arch in London’s West End. The building, which houses the developer’s head office as well as other commercial, retail and residential tenants, features recycled content in its foundations, concrete elements, and roofing. Internally, the company was able to use products with above standard levels of reusable content in the office’s raised floor, internal wall finishes and suspended ceilings.

At the York Building, just specifying a particular plasterboard wall finishing improved the whole building’s recycled content level by 0.6%; and substituting a different type of raised flooring material added 1.4%. The percentiles may sound negligible, but often with materials it is the small gains that really add up to a big tonnage of landfill diversion.

Thanks to the work done by British Land with consultant Cyril Sweett and WRAP, 18% of the York Building’s materials were recycled, far in excess of the government’s recommended target of 10%. The company sets itself a 15% target for all new buildings, but Elliott says it aims to exceed that target with every project. “It strikes me that you’ve got to be ambitious,” he says. “You need to set an objective target, but it’s only by beating it that you can make progress.”

Claudine Blamey, British Land’s corporate responsibility executive, says that the success rate of its projects is very high: “We would get between 15% and 20% on most projects we take on, and an 85% of demolition content goes to recycling. It’s an absolutely core part of our sustainability brief.”

Both Elliott and Blamey say the client has a very important role to play in pushing a recycled content agenda onto construction projects, setting an example that trickles down the supply chain. “I think it’s very important for us to be the people who instigate it,” says Blamey. “You have to take responsibility to get commitment.”

The process will not work without effective teamwork. All sides have to come together to make it happen.

Having said that, the process will not work without effective teamwork. “All sides have to come together to make it happen,” says Elliott. “From the material suppliers to installers, users, and clients, there has to be a concerted effort to adopt the same methods and procedures.”

And it’s not just the people creating the building who have set up waste management processes, but the people using it too. “It’s a concern throughout the operational sphere,” says Blamey. “Occupiers are starting to ask questions about how they can manage their waste.”

Where there is resistance, it comes from within. Elliott says that there is still some reluctance further down the supply chain to commit to recycled materials content: “There is a point where the ‘trickle-down’ runs out. There is an ongoing issue with smaller, and less regulated companies.”

A small percentage of the supply chain still thinks that recycled content is substandard and overexpensive, Elliott says, and there is little anyone can do to change that. “But I do have some sympathy,” he adds, “because they don’t have the volumes which counterbalance the means of working like this. It’s inevitable that [using recycled content] can only go so far, but it’s the same with any other sustainability process. You just have to keep pushing the message across as best you can.”

Is there a way to ensure that everyone in the supply chain keeps the concept of making the best use of recycled content on their mind? The landfill tax rise in Gordon Brown’s final Budget suggests that the government favours penalising those reluctant to take on the recycling process. Elliott says a mixture of carrot and stick is what’s needed: “You can deal with certain elements using enforcement. Regulations can cement the process, purely because they force people to think about what they’re doing.”

Blamey agrees. “It has to be a bit of both. A mixture of tax incentives and regulation will drive the market. Regulation does make things happen,” she says.

Generally though, specialist contractors are aware of their responsibilities, says Elliott. “It used to be more lip service than anything else in the past, but most people in the construction industry now realise it’s something that’s got to happen.”

The cost issues that once surrounded the sourcing of recycled materials have disappeared, and Elliott finds contractors and suppliers are now more in tune with British Land’s targets. “Ten years ago, if you’d said to a contractor you’ve got to use recycled aggregates, they’d say forget it. Now they know better, and they’ll aim to do that on every project themselves.”

British Land sets itself hard targets each year to ensure it is making progress on green issues. Last year it achieved:

This year it aims to:

• Carry out a wind energy feasibility study for all retail properties
• Reduce proportion of waste to landfill at Broadgate from 34% to 14%
• Achieve 20% recycled materials usage on 201 Bishopsgate and Broadgate Tower developments
• Achieve target to re-use 50% of all works materials at 51 Lime Street development
• Launch a water management programme for all its developments.