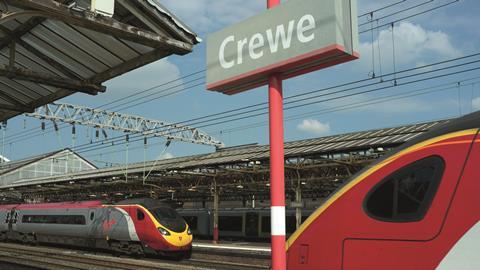 Birmingham-Manchester corridor: our trends in the North

As work on HS2 gathers pace, with its planned hub at Crewe, one regional venture aims to capitalise on the potential to build in the Birmingham-Manchester corridor. Adam Branson reports on the opportunities that the Constellation Partnership hopes to maximise

At first glance, it is hard to see how a partnership between areas as diverse as Stoke-on-Trent, Crewe, Cheshire and Staffordshire can make a compelling case to investors. This is not, after all, a geography and economy familiar to the uninitiated – in stark contrast to the area’s near neighbours, the city regions of Manchester and Birmingham.

With connectivity increasing, the Constellation Partnership’s vision is for potential developments in the region to attract foreign investors on a scale last seen in London’s Docklands. But the region is also positioning itself as a potential specialist in off-site manufacturing and a logistics hub, geographically positioned to feed the needs of the northern powerhouse, the Midlands engine and even Hinkley Point.

The scale of these plans looks ambitious, some even might say unrealistic, in the light of government’s recent controversial planning proposals that seem to many commentators to reinforce rather than challenge the North/South divide.

So who are the actors driving this partnership and can they really turn a previously overlooked region into a manufacturing centre that can modernise construction and deliver crucial infrastructure projects? 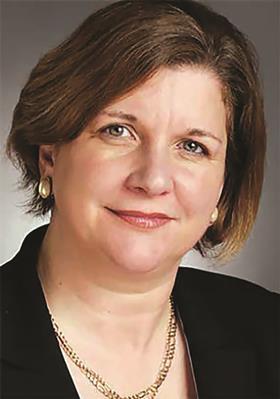 The Constellation Partnership was born out of a realisation that with HS2 on the way and a dedicated station in Crewe overwhelmingly likely – and other towns and stations set to benefit too – the hinterland between Birmingham and Manchester needed to organise itself to maximise the opportunities. As a result, some of the more far-sighted authorities in the sub-region began to discuss how to work together to best reap the benefits.

The partnership that grew out of those talks is certainly complicated, comprising Cheshire East – home to Crewe – Cheshire West and Chester and Stoke councils, not to mention Staffordshire county council and Stafford, Staffordshire Moorlands and Newcastle-under-Lyme district councils. Add to that two local economic partnerships – Stoke and Staffordshire LEP and Cheshire and Warrington LEP – and the need for a unified voice starts to look vital.

No doubt because of the willingness on the part of the multiple councils to come together, what is now dubbed the Constellation Partnership quickly attracted the ear of central government. The group made an approach to the government in 2014, at which time veteran regeneration professional Jackie Sadek was working for Greg Clark, then minister for cities, in the Cabinet Office.

“Some of the partners came in and asked if we would help,” recalls Sadek. “It was exactly what the government was asking of places. I went in and chaired a few round-table discussions. It was an interesting partnership. They hadn’t been used to talking to each other, so it was a real voyage of discovery. They were all pleasantly surprised by how much they liked each other.”

Sadek followed Clark to the Department of Communities and Local Government when he was made secretary of state, and then left the government in 2016. She was immediately asked to chair the partnership. It is a role that she has grasped with enthusiasm. “It’s one hell of an opportunity – the single biggest in the UK, I think,” she says.

One of the key initiatives that the Constellation is pushing is what Sadek describes as “Canary North” – an office hub to be built around the HS2 stop at Crewe. “I was at Docklands before Canary Wharf was even a hole in the ground, so I’ve seen office developments spring out of very unlikely places,” she says. “And I think Crewe has far more of the fundamentals for success than Canary Wharf did at the time.”

The argument is that, come 2027, Crewe will be 55 minutes from London by train – in effect making it a commuter town – and around 15 minutes from Birmingham and Manchester, which is pretty powerful, an opportunity comparable with Ashford and the arrival of HS1. Then there is the fact that there is an awful lot of land around the station to work with.

“I’ve been calling it Canary North and people keep laughing at me,” says Sadek. “But actually, I’m not wrong about this. The Department for International Trade took a little trade mission out to Dubai and Abu Dhabi in April and I didn’t have a prospectus to show. I just talked about the opportunity to a few investors and I almost got trampled in the rush.”

The other critical component of Constellation’s plans is an ambition to become the UK’s centre for off-site construction. The centre would support not just the area’s own efforts to build those 100,000 homes, but also the growth ambitions of the northern powerhouse and Midlands engine. The potential cherry on the cake would be if Constellation is successful in its bid to host the off-site manufacturing hub for the third runway at Heathrow. Given the distances involved, that sounds like a long shot, but the partnership may be in with a better chance than might be expected, especially when it is considered that the hub could potentially also service both Hinkley Point and HS2.

Wilson James chairman Gary Sullivan, whose firm is supporting Heathrow expansion as logistics integrator, says the airport has already had conversations with Constellation about the idea. What’s more, he clearly believes it has legs.

“The area is very well connected both in terms of road and rail to the south and the north,” he says. “It’s the gateway to both, so therefore in a very good position to be a logistics hub. Stoke has a long and rich history around manufacturing and they’ve got the land. It’s kind of in a nice little triangle between Heathrow, Hinkley and HS2.”

There are also other plans afoot to capitalise on off-site manufacturing, or modern methods of construction (MMC), as John Henderson, chief executive of Staffordshire county council, prefers to call it. Henderson, formerly a British Army general, was at one time in charge of army logistics globally. His last role involved planning the repatriation of British troops stationed in Germany. In short, when it comes to “getting stuff done”, says Sadek, he is “formidable”.

Henderson outlines three ways in which development in the region itself could benefit from MMC, as identified in detailed analysis by Constellation.

First, both of Stafford’s universities’ vice-chancellors told the partnership that the lack of desirable accommodation for young people after leaving full-time education is hitting graduate retention. What graduates want, they said, is a better version of what they had as students – studio apartments organised around communal facilities, or the “co-living” model, as it has been dubbed. “At the moment, there is literally not one of those in Staffordshire and MMC seems like a way of doing it at an affordable cost,” says Henderson.

Secondly, a similar issue is to be found with providing high-quality homes that will persuade older people to downsize. Then there is housing for the public at large, on which front Henderson sees a strong future for both MMC and self-build. The latter he believes dovetails neatly with specific projected housing need in the area, driven partly by projected demand from those working in the military. 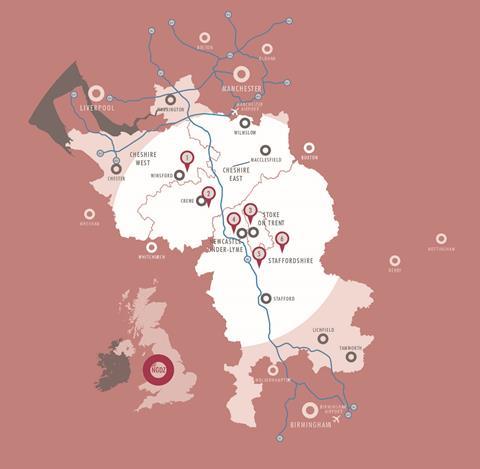 Like other government departments, the Ministry of Defence is undergoing rationalisation: moving people to fewer but bigger hubs. In Staffordshire, there are already three regiments of Royal Signals, and Henderson believes more units will move to the area. At the same time, the army is trying to introduce greater stability to soldiers’ lives by lengthening tours of duty to make normal family life more possible.

“The army is changing its ethos,” says Henderson. “It is moving to a stability model where people would buy their own house, a spouse would get a meaningful career and the kids could go to the same school.

“What that means is that young men and women won’t be coming to Stafford for a two-year tour and then moving off again. They are coming for 12 years, so they are likely want to buy their own house. What we’re saying is, why not provide the opportunity for people to build their own house?”

Encouraging people to go down the self-build route is only part of the solution, however. At the moment, most self-builders do so by acquiring a rundown property, demolishing it and starting again. The main reason – Henderson argues – is that getting utilities companies to service a new plot is so time-consuming. The result is that while self-builders usually improve housing stock, they do not add to it – and therefore do nothing to help alleviate the housing crisis.

To deal with the issue, Henderson is proposing that authorities in the Constellation area adopt an approach seen more frequently in Germany to housebuilding, whereby local government builds the infrastructure and then sells plots to self-builders. “If we were to adopt the German model of building serviced plots, we could address the problem,” he says.

So, the Constellation Partnership’s plans are at the same time at an early stage and really quite detailed. They are also highly ambitious, which should lead to big opportunities for construction firms. “HS2 and Heathrow are the really big ones, but they will act as the base that will get everything moving and then other commercial projects can come on board, particularly around housing,” says Wilson James’ Sullivan. “There are lots of opportunities for contractors to get involved.”

The fact is that Constellation brings together several major national imperatives – big infrastructure, the housing crisis and the need to modernise the construction industry, among others. Its transformative potential is therefore huge – but it won’t happen quickly.

“Regeneration never does,” concludes Sullivan. “But I think it can have a very positive effect. You only need to look at what happened with the Titanic Quarter in Belfast. I can see the same thing happening in the Stoke and Crewe area.”

Jackie Sadek will be speaking at the Building Live conference in London on 28 November at a session on Cities: Investing for Growth

Book your place now at www.building-live.co.uk

This article was originally published with the title: “Our trends in the North”