Carillion one year on: how the contractor's collapse unfolded

Carillion, a former giant in construction, went bust one year ago today. We look back on a story that shook the sector 12 months ago through our coverage on the day, and through the numbers that accounted for its collapse

‘Carillion goes bust’ was the stark headline that confronted readers one year ago this week, on 15 January 2018. While not unexpected, it was hugely unwelcome, and the ramifications filled much of the following year.

On the day the firm failed, Carillion chairman Philip Green (pictured below, second from left) was quoted mourning the loss: “This is a very sad day for Carillion, for our colleagues, suppliers and customers that we have been proud to serve over many years.” 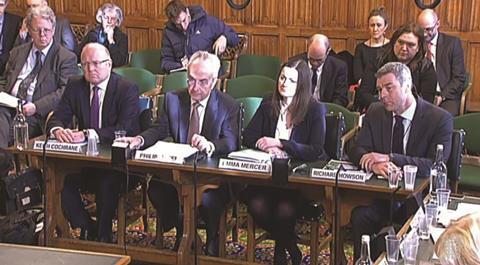 Carillion executives appearing before the parliamentary inquiry in early 2018

What was to unfold over the subsequent weeks, however, included investigations into Green and his fellow Carillion bosses’ culpability for the company’s failings and eventual demise. The headlines that followed tell their own story:

Below is an extract of our story 12 months ago, as well as some of the key numbers that played a part in the downfall of one of the sector’s largest contractors.

Also read: One year after Carillion, PFI contracts can still be risky business 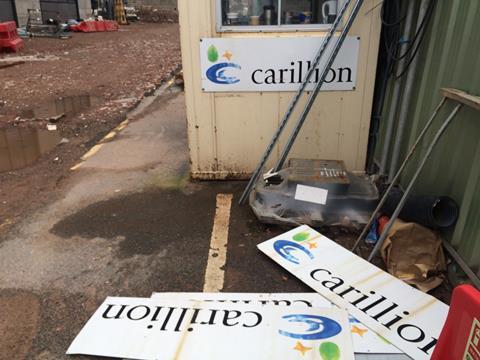 Carillion has gone under ending more than 100 years of history, leaving thousands of jobs at risk and a host of subcontractors facing the prospect of not being paid.

The move came after discussions over the weekend between the firm, its lenders and the government failed to reach a deal to save the company.

In a statement to the Stock Exchange this morning, the firm said: “Those discussions have not been successful and the board of Carillion has therefore concluded that it had no choice but to take steps to enter into compulsory liquidation with immediate effect.

“An application was made to the High Court for a compulsory liquidation of Carillion before opening of business today and an order has been granted to appoint the Official Receiver as the liquidator of Carillion.” 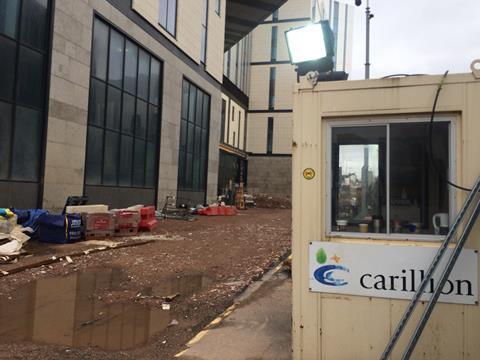 It lost £234m on problem jobs such as prisons, hospitals and the Aberdeen road

After its £845m July 2017 profit warning, the LGA told councils to prepare for Carillion’s collapse

7 days after the profit warning it won two big HS2 contracts, using these to convince suppliers to stick with it

There was only £29m left in the bank when it collapsed

The liabilities of Carillion’s 27 UK-based construction companies are estimated at £6.9bn