3
Floor performance: 'the difference between a surgeon’s knife hitting the right or wrong spot'
Focus

Floor performance: 'the difference between a surgeon’s knife hitting the right or wrong spot' 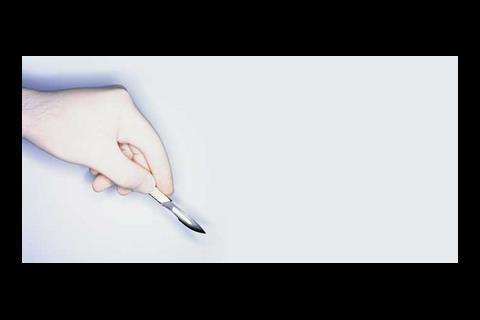 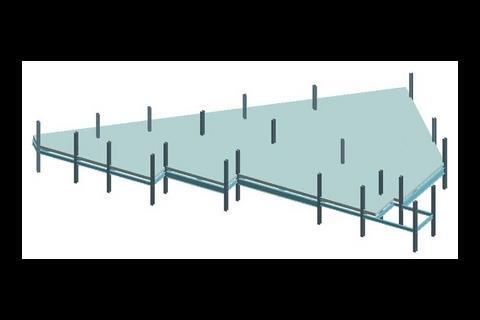 At Bristol’s Clinical Research and Imaging Centre, finite element analysis of the structure enabled an image of the way the floor would vibrate to be generated 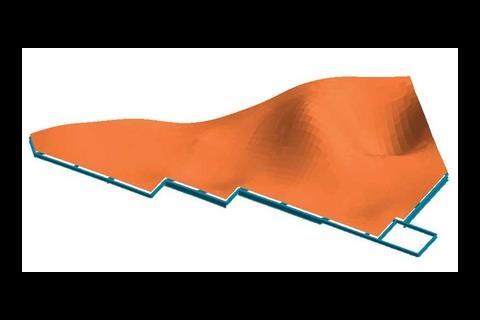 You know how it is: you’re just about to cut out some tissue around the jugular vein when the floorboard moves under your feet. Oops… Stephen Kennett reports on what designers are doing to stop floors vibrating

Designers and developers are always seeking ways to construct buildings faster and cheaper and in today’s economic climate even the slightest saving can make a difference. A good place to start is the structure – after all, any savings made here can mean less concrete and steel, smaller foundations and faster construction, enabling other trades to follow on sooner. And as most of the structure will be covered up when the project is complete, occupiers won’t notice the penny pinching.

One area on which designers and contractors have been focusing is floors. According to Andy Coward, an engineer with Faber Maunsell, there is an increasing drive to use thinner floor slabs with longer spans and fewer support columns. “It’s partly coming from architects who want bigger open-plan spaces, but it’s also a response to value engineering and the drive for lightweight buildings.”

Along with conventional concrete and steel composite floor decks and concrete flat-slab construction, post-tensioned slabs are being used increasingly to meet this demand, as they are thinner and use less material and reinforcement. However, this trend has led to a rise in incidents of footfall-induced vibration – when the floor vibrates as it’s walked on. With lighter and longer span floors there is less mass and less stiffness, which means greater movement. Post-tensioned slabs are especially susceptible.

In offices, the upshot of the vibration is, at worst, discomfort. But for buildings like hospitals, it can be much more serious. “It can be the difference between a surgeon’s knife hitting the right spot or an MRI scanner functioning properly,” says Coward.

Faber Maunsell was brought in to predict the response of the floor to vibrations at the Clinical Research and Imaging Centre at St Michael’s hospital in Bristol, which is now under construction. The 1,100m2 development includes a high-spec magnetic resonance imaging scanner as well as sleep laboratories.

So how do you predict what the vibrations will be? Coward says that in the eighties the main way to establish if a building would have a problem with vibration was to run some quick calculations by hand. However, with more lightweight buildings these rules of thumb are not very dependable. This has led to new guidance for steel and concrete structures that involves modelling the building using finite element analysis.

There are three important things that need to be determined: the natural frequency of the floor slab, or the speed at which it vibrates; the mode shape, in other words the shape of the vibration, which can be difficult to predict when the floor plate is an odd shape or when there are a lot of columns or cores; and the modal mass, which is the mass of the structure that is involved in the motion of the vibration.

On some schemes we reduced the floor depths by 10-50mm. It may not sound much but the savings can add up

What Faber Maunsell found at Bristol was that the size and layout of the steel beams as well as the depth of the concrete deck meant the structure was very stiff. Although the structure generally performed well, certain problems were highlighted. The response factor in the MRI room was one, which dictated that the scanner would have to be placed on isolators to counteract any adverse effects from footfall vibration.

Another problem area was at the junction of the existing building and the new building. Here, the structure was built using a cantilever and the response to footfalls was higher, rising to four. This meant that any rooms with sensitive equipment couldn’t be located here.

“We can say if there is going to be a problem and advise them on where they should be locating certain rooms,” says Coward. This is the cheapest option, but if relocating rooms isn’t an option, a brute force solution is required. This means either adding mass, to create thicker floors that reduce the amplitude of the vibration, or making the structure stiffer, and thereby less prone to vibrate, by using heavier structural sections.

A last resort is to add damping. This has the effect of hiding the vibrations. “It sucks the energy out of the vibration so you feel it less,” says Coward. Damping can be in the form of tuned mass dampers, viscous dampers or constrained layer damping where a viscous-elastic layer added to the floor construction absorbs the energy.

However, just as the problem of footfall vibration has been brought about by the drive to save time and cost, applying vibration analysis to a design can also highlight where there is potential to slim down on a structure without any adverse effects. “We’ve worked on schemes where we found the potential to reduce the floor depths by 10-50mm,” says Coward. “This might not sound like much but the savings can add up.”

On one proposed new hospital building, Coward estimates a saving of about £100,000 by moving some of the room locations and switching from a 350mm reinforced-concrete floor to a 300mm post-tensioned floor slab, which in the current climate is something that can’t be ignored.