6
Go tell it on the mountain
Focus

Go tell it on the mountain 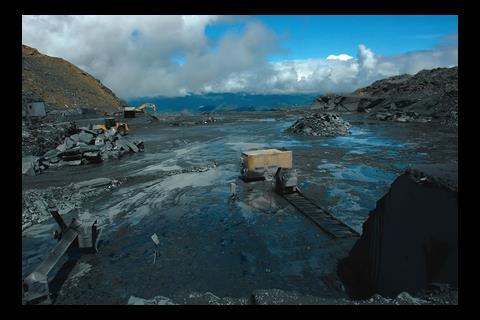 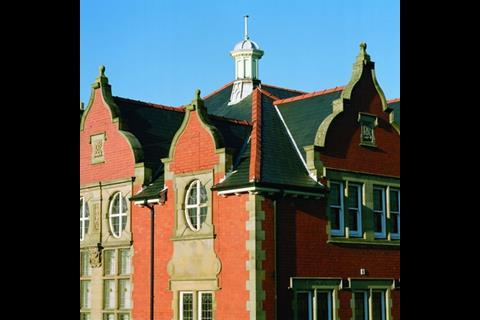 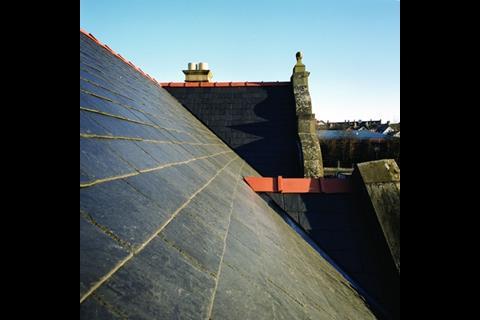 Roofing The supply of Welsh slate is safe for now, but nervous specifiers would do well to check out the alternatives. Stephen Kennett looks at the best slate from Canada and Spain

There was a collective holding of breath when Alfred McAlpine’s slate division ran into financial difficulties earlier this year. It was the only major supplier of Welsh slate and the prospect of a roofing material already in limited supply becoming even more difficult to obtain made specifiers nervous.

Lee Keates, director of Burton Roofing Merchants in Leeds, says there have been “massive problems” with supply over the past 12 months. “Typical lead times at the moment are between eight and 12 weeks,” he says. “One of the reasons is production issues, which have slowed down the rate at which high-quality slate is being produced.”

The properties that make Welsh slate such an ideal roofing material are its natural durability and resistance to weather. It is impermeable to water and can withstand extremes in temperature. It is also highly resistant to acids, alkalis and other chemicals. On top of this, it is non-combustible and retains its colour even in UV light. It is distinguished by its smooth surface and colours, ranging from a heather-blue-grey and heather-red that originate from the Penrhyn quarry, to the dark blue-grey from Ffestiniog in North Wales.

The drawback is its cost. Slate is extracted from quarries by blasting with dynamite. Large pieces are then sawn into sections. To make it suitable for roofing, it must be split by hand, which is time-consuming and expensive.

However, Welsh slate isn’t the only option – as Snowdonia National Park Authority found out to its cost. Until the eighties, it stipulated that only Welsh slate be used on buildings within the area. However, it was forced to reverse this policy after it lost a court appeal in 1992. Under EU law, it was told, planning and park authorities cannot insist that only local materials be used for new-build or repair and maintenance works.

So what are the alternatives? The national park has approved a range of slate sources from Canada and Spain:

One of the main sources is Canadian slate. Geologically, it is very similar to Welsh slate as it comes from the same sedimentary basin. Importer and supplier Cembrit Blunn has two ranges.

Glendyne slate The first is Glendyne slate, which is produced in the town of Saint-Marc-du-Lac-Long in Quebec. Ged Ferris, marketing manager at Cembrit Blunn, says it has a dark, blue-grey finish – much like that of the slate from Ffestiniog – with a fine consistent grain.

Trinity slate Cembrit Blunn’s other range is the Trinity slate, which is quarried in Burgoyne’s Cove, Newfoundland. In contrast to Glendyne, this has a purplish colour closer to the heather-blue of Penrhyn. It is available in two thicknesses: 4-6 mm and 6-8mm.

Under BS 12326 Part 1, the European standard for slate and stone products and roofing, both ranges exhibit top-of-class properties for water absorption, thermal cycle resistance and resistance to sulphur dioxide exposure.

Spanish slate now accounts for more than two-thirds of the UK market. It received bad press in the eighties and nineties when a slate containing a combination of calcite and pyrite failed on a number of major projects, but the stigma attached to Spanish slate isn’t wholly justified, says Keates. “A lot of people have preconceived ideas that are not entirely correct. There is now a lot of good-quality slate being imported from Spain which is a match for Welsh slate in finish and quality.”

Del Carmen slate Supplier SSQ offers the Del Carmen Ultra slate from the Del Carmen quarry in the Cabrera mountains of northern Spain. It is comparable with Welsh slate from Ffestiniog and has a similar blue/black finish with a distinctive longitudinal grain. The quality is comparable with Welsh slate and Del Carmen Ultra has previously been accepted by English Heritage and Historic Scotland for the refurbishment of listed buildings. It has also been approved by Snowdonia National Park as an alternative to indigenous slate. It costs about two-thirds the price of Welsh slate. It comes in thicknesses of 5-6mm in sizes up to 600 × 300mm and has a 75-year guarantee.

Cupa Spanish supplier Cupa produces the Cupa 4 slate, which is approved for use by the Snowdonia National Park. This comes from the Armadilla quarry in Benuza, Spain, and has a blue-black colour with a textured finish. It is split to thicknesses of 3.5-5mm and 7-8mm for the heavy variant. It comes in rectangular, fish-scale, rounded and cut shoulder formats in sizes up to 500 × 250mm.

Contessa Contessa slate from Galicia, north-west Spain, is sold in the UK by Cembritt Blunn. It is available in two colours – a blue-black and a grey – in a variety of sizes with a textured finish. It comes from a number of quarries but the slate from only one quarry has been approved for use in Snowdonia National Park. The approved Contessa originates in Quarry 100.

“Contessa slate is selected from the best deposits, can withstand the most severe weather conditions and is unaffected by sunlight, UV rays and acid rain,” says Ferris.

Slate production has resumed in North Wales, but for specifiers it’s worth remembering there are alternatives out there.